Aston Villa are interested in making a move for free agent Robert Huth after missing out on John Terry, reports the Sun.

Terry, 37, left Aston Villa in summer after they lost the play-off final against Fulham at Wembley in May, but was expected to return to Villa Park for another season. However, Terry is close to completing a move to Russian outfit Spartak Moscow.

Terry’s imminent switch to Spartak Moscow has left Villa chief Steve Bruce searching around for central defenders and it appears that he is eyeing a move for Huth, who is still without a club since leaving Leicester City at the end of last season.

Villa desperately need to strengthen their defensive options. The Villans’ only clean sheet this season has come against a League Two side in the Carabao Cup, so it would make utmost sense if Bruce focuses on improving a defensive unit that conceded four goals to Sheffield United. 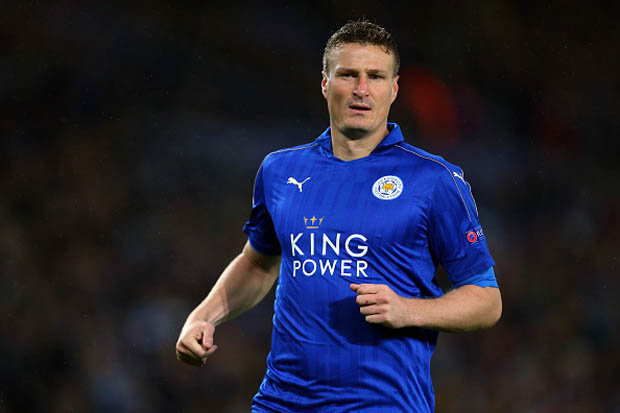 The international break has come at a good time for Villa as it has given Bruce a chance to think of ways to bounce back to winning ways after three draws and two defeats. The closure of the transfer market last month means Bruce has only the option of signing free agents to strengthen his backline before January.

Keeping that in mind, Villa must not waste much time and bring in Huth. He was released by Leicester this summer after the club brought in three centre-backs but the veteran German still has plenty to offer, especially in the highly taxing Championship.

A Premier League winner with Leicester a few years ago, Huth might be past his peak but can still do a decent enough job at the back. The 34-year-old has the experience of playing in the top-flight and would add a lot of solidity at the back for Villa.

The German’s lack of pace can be exposed but if he is provided good protection from the midfielders, he could be a player who could address Villa’s chronic defensive problems.

Huth is 34 and will be a stop-gap solution for Bruce’s side. The German defender has entered the twilight of his career, meaning Bruce will have to carefully rotate him in the highly demanding Championship.

The 4-1 defeat at Bramall Lane gave Villa’s defence a reality check and seeing his team crumble, Bruce would be wise to bring in Huth. For a free transfer, Huth would be a fantastic signing and he’d add a lot more experience to the defence that has failed to live up to the expectations so far this term.