Here are 3 Aaron Ramsey replacements that Arsenal can consider

Arsenal star Aaron Ramsey could part ways with the club at the end of this current campaign after the Gunners withdrew the offer of a new deal, reports the BBC.

The Wales international’s contract at the Emirates is set to run out at the end of the season, which means the 27-year-old will become a free agent next summer, unless he is sold in January.

Ramsey joined Arsenal from Cardiff City in 2008 and has been an integral part of the Gunners’ squad over the past few years. As things stand, the Welshman could either leave the Emirates stadium in January for a cut-price fee or depart for free in the summer.

Should that happen, here are three players Arsenal must target to replace Ramsey with.

One of the sought-after midfielders in Europe, Saul Niguez has enjoyed an excellent start to the La Liga campaign with Atletico Madrid.

Saul, 23, put in a match-winning display against Real Madrid in the UEFA Super Cup before the start of this season. His excellent vision and passing range allow him to act as the ideal deep-lying playmaker.

At 23, Saul has his best years ahead of him which Arsenal could really benefit from. He is a technically gifted player who would be a perfect replacement for Ramsey at the Emirates.

One of the hottest prospects in European football, Frenkie De Jong has been earning rave reviews for his performances at Ajax.

A product of the Willem II academy, De Jong, 21, has the natural ability to create space, drive forward with poise and have a crack on goal. He is an energetic box-to-box midfielder with so many strengths to his game and so much potential to fulfil.

De Jong is exactly the kind of player who can flourish under Unai Emery at the heart of the Gunners midfield.

Adrien Rabiot has been a crucial cog in Paris Saint-Germain’s success in the last few years but he is out contract at the end of the current campaign.

Rabiot, 23, has less than a year to run on his existing deal with PSG and talks over new terms have stalled in recent months.

As things stand, the Frenchman can sign a pre-contract agreement with any foreign club in January. Arsenal must go all out to bag Rabiot’s signature once the transfer window reopens, as PSG might cash in on the midfielder in January given that it would be a loss for them to lose the player for free. 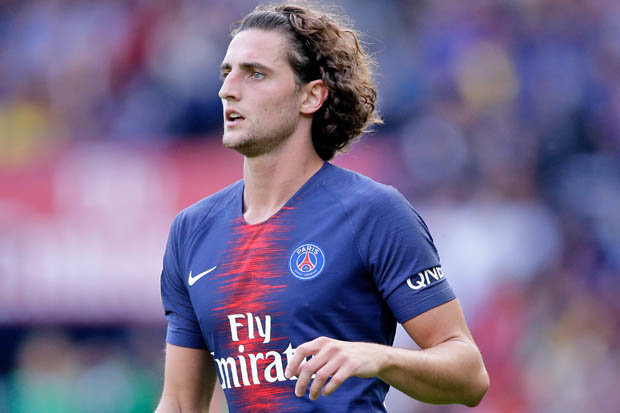 Read more: 36 goals, 42 assists – Chelsea signing this top PL star in January could be a huge statement of intent

Rabiot is an energetic box-to-box midfielder who is also capable of playing in a deeper role. The Frenchman possesses some top-notch distribution skills in the middle of the park using which he can unlock defences.

Arsenal have to break the bank to sign Rabiot in January as it would be a very good move.