New prospects seem to be appearing by the day and with this great urge of the biggest teams to keep improving and renewing their rosters, agents are making a fortune out of overpricing young gems that may or may not be the next big thing of the sport.

One country that’s been the native land of the most impressively talented players through the history of this beautiful sport is Brazil, as the tropical land constantly develops speedy forwards and strong defenders that often thrive in Europe during most of their careers.

After the surge of Gabriel Jesus during the past season, there’s another guy in Brazil that’s set to do great things in England; Santos’ midfielder Thiago Maia, who’s reportedly been followed pretty closely by several clubs including Chelsea and Manchester United, and the Red Devils seem like the frontrunners to acquire the services of the talented lad.

Despite being just 19 years, he has become one of the most important guys for Santos, the team that developed Neymar Jr, and that has a history of great discoverings like Robinho, Paulo Henrique Ganso and dozens of amazingly talented players. So, should Manchester United make a run at him?

He’s also been linked with big clubs like Paris Saint-Germain and Juventus, so you know there could be a massive bidding war for Santos’s new wonderboy, and it’s pretty easy to notice why he’s been scouted by the best teams in the world. 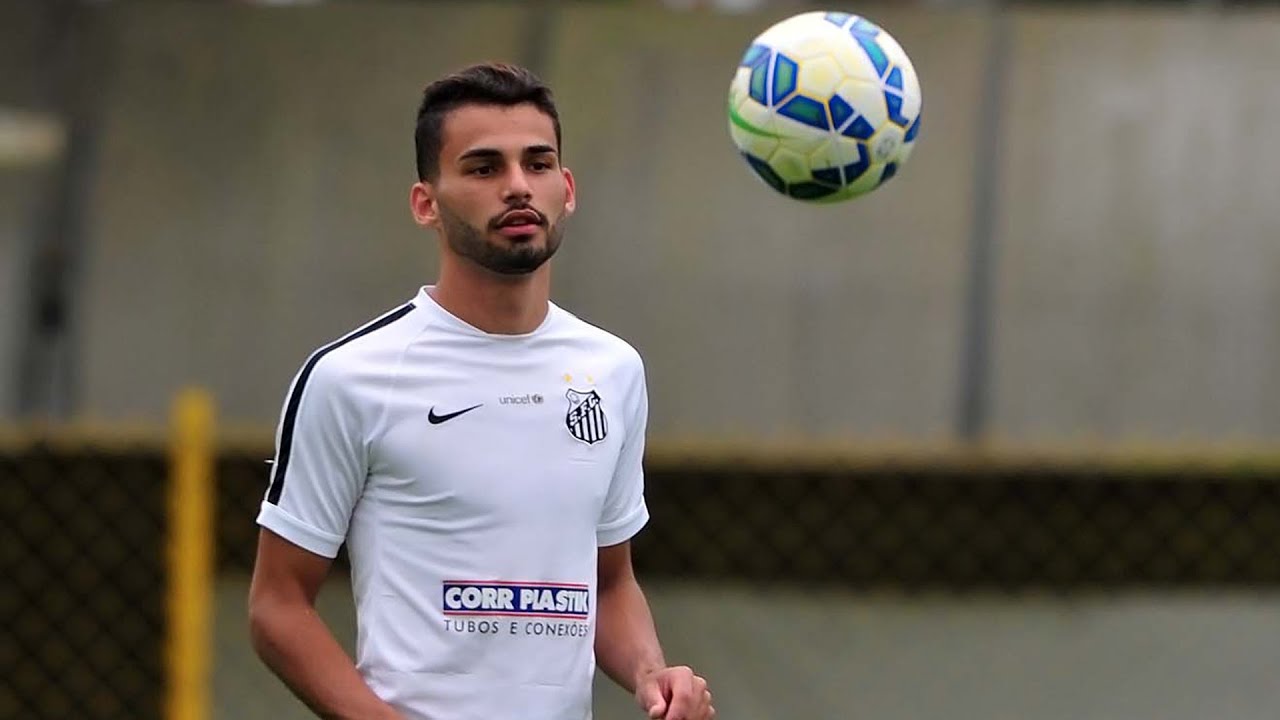 Thiago Maia certainly turned some heads during that amazing Olympic run Brazil had at home several months ago, and he’s asking price is reportedly around the 20 million pound mark, something that you could consider a bargain taking in mind how overpriced youngsters tend to be nowadays.

The young midfielder is a mastermind on defence and it’s not an easy task to dribble past him, as he averages 2.1 interceptions, 3.1 tackles and 1.1 clearances per game, winning most of his aerial duels due to his outstanding physique despite his tender age.

On top of that, he’s a very smart guy and not a dirty player at all, averaging just over 1 foul per game and earning just 4 yellow cards in over 29 appearances for the Brazilian side this season, something very impressive if you consider where this guy spends most of the time on the field.

His dribbling and passing abilities are also pretty good, as he can create opportunities for his teammates on the offensive side of the field with great ease, but he’s yet to record a goal so far this season, although he has a pretty decent long range capability.

Thiago Maia should be on almost every single team’s agenda right now, and given how poorly Manchester United has performed during most of the season, it’ll make a lot of sense to try and pursue the youngster, even if they intend to offer him on a loan right away, as he looks like he’s more than ready to contribute from the start but you never know what goes into Jose Mourinho’s mind.