Two players Leeds United could sign instead of Kyle Bartley

Leeds United are set to suffer a setback in their pursuit of defender Kyle Bartley. As per reports, fellow Championship outfit West Bromwich Albion are also keen on signing the Swansea City defender.

The Englishman has been linked with a move to Leeds for a while now, after enjoying a successful season-long loan spell back in the 2016/17 campaign. The Whites, however, haven’t acted on that interest yet.

The inaction on Leeds’ part could lead to them losing Bartley to the Baggies. And in case things unfold that way, here are two options that they could target instead. 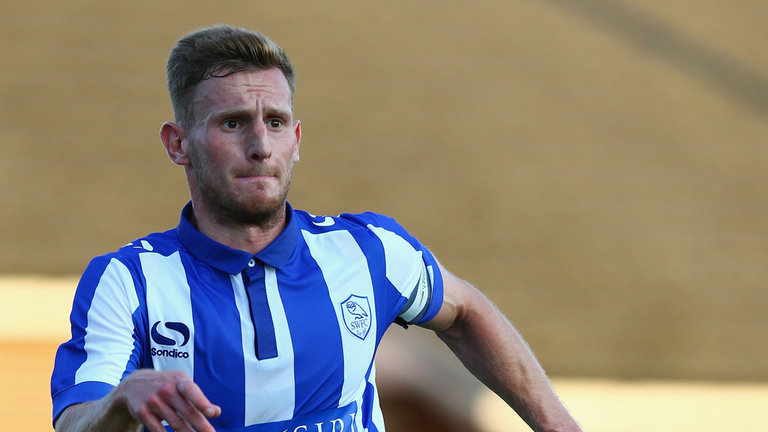 Having sold the defender four years ago to Sheffield Wednesday, Leeds should look at the prospect of bringing Lees back to the club this summer.

The 27-year-old came through the Leeds academy and had established himself as a first-choice centre-back, chalking up over 135 appearances for the Whites. During that time, he scored four times and assisted six more.

However, the club decided to let go of him in the summer of 2014 on a free transfer. Since moving to Hillsborough, Lees has grown into a reliable defender, making 159 appearances for the club.

The Owls did not have the best of seasons last time out but Lees stood out as a solid performer in his 29 Championship appearances. With years of experience in the second division and his solid aerial presence, Leeds should consider taking Lees back to Elland Road.

The 25-year-old Brentford captain was linked with Leeds earlier this month and is definitely a strong choice to consider if the Whites miss out on signing Bartley.

Having come through the youth ranks at Sunderland, Egan served loan spells away at Southend United and Crystal Palace among other clubs, before earning a permanent move to Gillingham FC in 2014. Two years on, the defender joined the Bees and has established himself as a key part of the team over the past couple of seasons.

Read More: Why this 19-year-old prodigy has a chance to earn first-team football at Leeds this season

He appeared 34 times for Brentford last season, during which he managed to score three times and provide a solitary assist. Defensively sound, the two-time capped Republic of Ireland international is also confident with the ball at his feet, meaning he would sit well with the sort of football Bielsa’s teams usually play.