Almost 11 years ago, John Obi Mikel was the subject of a controversial protracted transfer saga between his former club Lynn, Manchester United and Chelsea. It had appeared that United were clear favourites as they had a bid accepted as well. He was even seen smiling while holding a United shirt and just when everything was going well, it was Chelsea who had the last laugh as Mourinho was hugely impressed by a young Mikel in training.  He had turned 18 at the time.

Almost a decade later, things might just have come full circle for Mikel as he has been linked with a move to Manchester United, where his former Chelsea manager, Jose Mourinho is the reigning manager. Mourinho was a big fan of Mikel during his Chelsea days. In Jose’s first stint at Chelsea, Mikel was given the opportunity to establish himself as one of the first names on the team sheet.

Following the departure of Claude Makelele, Mikel was earmarked to become the next big defensive midfielder. The Nigerian possessed all the skills to do so and to be fair to Mikel, he has achieved quite a lot during his career. He has also been hugely successful with the Nigerian national team, of which he is the captain right now. At Chelsea, he has won several honours such as the Premier League, Champions League, Europa League, the League Cup and the FA cup as well. That shows he has had quite an illustrious career in England so far.

But is the interest in him from Manchester United actually justified? Mourinho certainly always has his favourites and Mikel could very well come under that category for the Portuguese coach. The current Manchester Unite coach has always employed tactics that are defensively sound and it’s all about organisation. Mikel no doubt played a big part during his first tenure at Chelsea. During Mourinho’s second tenure too, Mikel had a part to play. Even if the Nigerian wasn’t always a guaranteed starter, he was brought on to shore up the midfield when the game was won. 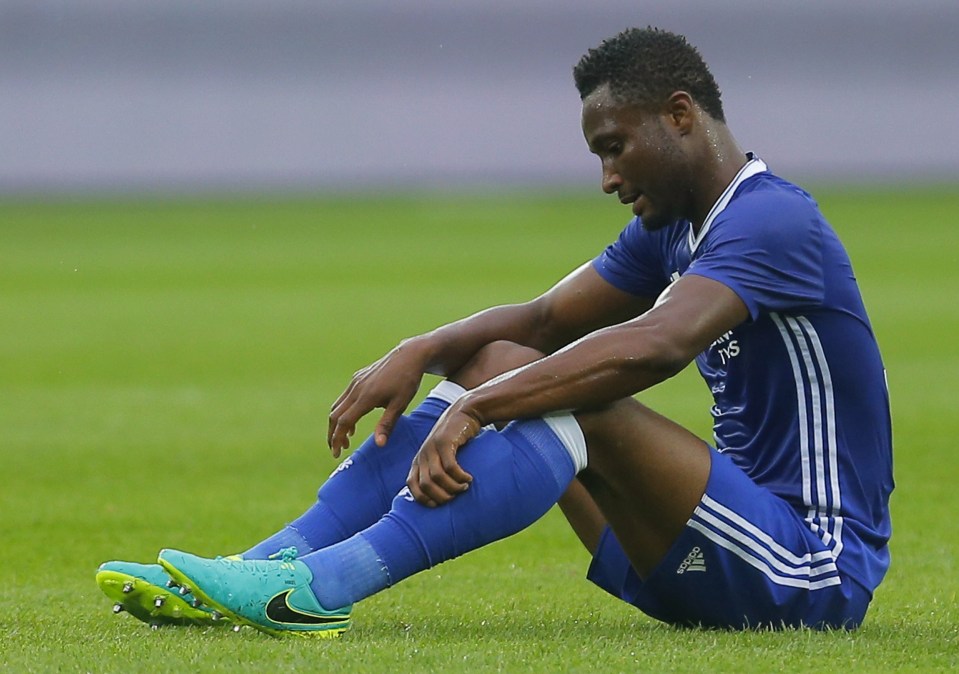 This became a bit of repeated tactic on Mourinho’s part and it definitely brought him a lot of success. But will Mikel do the same for him at Manchester United?  United are already under a lot of pressure this term. Sitting in 6th place, they are 11 points of the leaders Chelsea and this will irk all United fans and owners alike. After having spent a bucket load of cash in the summer on transfers such as that of Pogba, Mkhitaryan and Bailly, Mourinho is already under immense pressure to be successful at United. But if the early signs are anything to go by, he is in for a tough time this season.

All the teams above Manchester United are blessed with many talented players in midfield. United too have the likes of Pogba, Herrera, Carrick and erm… Fellaini on their ranks. It looked like Herrera was the sure shot to play alongside Pogba, but off late it’s been Michael Carrick that’s been given the nod to play in the slightly defensive of the two midfield slots, the other one being occupied by Pogba.

Why Mikel would be a bad fit at Manchester United

Aged 29, Mikel is supposed to be at the peak of his powers. But he is not a modern midfielder by any stretch of an imagination. His skills going forward are so ordinary that he can’t even be considered as a box-to-box midfielder. Mikel is more of an interceptor and he likes to sit in front of the back four. United already have 35-year-old Michael Carrick to perform those duties and the Englishman has actually done quite well for himself so it will be surprising to see him being forced out in January.

Mikel also does not pose a very big goal threat and goals are something that United are lacking dearly at the moment. Having amassed around 374 appearances during his time in England, Mikel has scored just 6 goals and that stat is a pretty darning pointer at how he wouldn’t exactly be adding anything to Manchester United’s team. They would be better off going for a younger alternative who can also perform as a box-to-box engine, so as to ensure a relationship in tandem with Pogba and any of the other United midfielders.