According to the Express, Manchester United are interested in making the move for Fiorentina winger Federico Chiesa. Transfer news regarding the Red Devils are coming in thick and fast after they made an abysmal start to their season.

United have struggled to get going so far and have failed to find the goals on a regular basis. Jose Mourinho’s side are way outside the top four and are in dire need of some quality in their squad. But at this time, making a move for the Fiorentina attacker doesn’t seem like the most feasible option.

The report suggests that Chelsea, Inter Milan, Napoli and Juventus are interested in the highly-rated winger, who is valued at £52million by Fiorentina. Juventus are also said to be in pole position to acquire his signature. 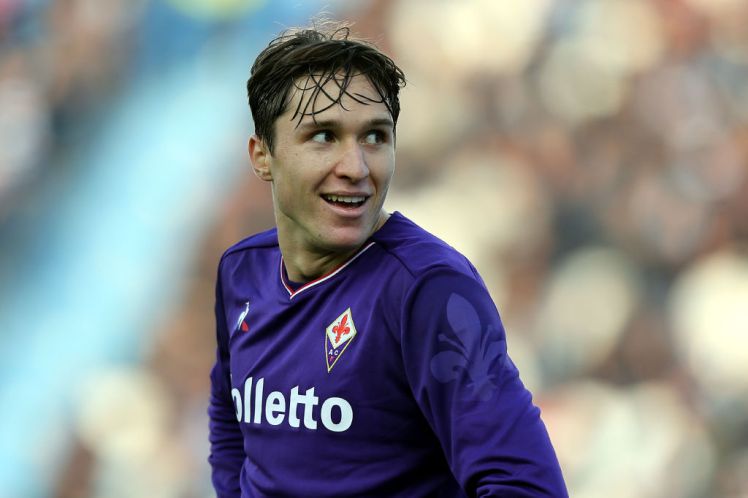 That is a lot of money to bring an unproven player to the Premier League. The Red Devils could rather take a look at other options if they choose to splash the cash in January. Chiesa generally plays as a right winger and is also capable of being deployed as a central attacking midfielder.

But United are not in need of players in that position. Anthony Martial is in great form at the moment and talks over a new contract are ongoing with the Frenchman. Marcus Rashford is also pushing for a regular role in the team and bringing in Chiesa could disrupt the momentum.

Bringing in players who are yet to prove themselves at the biggest stage has also taken its toll on the Red Devils. New signing Fred is yet to hit the high standards given his potential and there’s no telling whether Chiesa would fit in.

United have taken far too risks and cannot afford another slip-up. What the Red Devils need at the moment is a new out-and out-striker, given the struggles of Romley Lukaku this season.

The Belgian has lacked an end product this season and has barely threatened opposition sides. He was also dropped to the bench against Everton and that is why United should choose to invest in a striker. Mourinho has come under intense scrutiny this season and this just might be the Portuguese manager’s last chance to make amends.