According to a report from the Daily Star, Arsenal are considering a move for Boca Junior’s Uruguayan midfielder Nahitan Nandez in the summer. The 23-year-old has been hugely impressive in the Argentinian top-flight ever since he joined the club back in 2017.

Nandez was heavily linked with a move to Championship side Leeds United but the club’s failure to achieve promotion has ruined their chances of getting the midfielder in the summer.

However, Arsenal are in need of reinforcements and with the Whites out of the equation, a move would be quite straight forward.

The Gunners blew both routes into next season’s Champions League. A terrible finish in the Premier League saw them miss out on the top four while a brilliant run in the Europa League came to a disappointing end in the final against Chelsea.

Arsenal will once again be in the Europa League next season, which will have a significant impact on their transfer budget. Reinforcements are needed in several areas including central midfield, where a replacement for Juventus-bound Aaron Ramsey is of massive importance.

The Welshman’s unavailability in the final was a humungous blow for the Gunners where they terribly missed his energy in the midfield and his late runs into the box.

The Gunners need a proper box-box midfielder who can have an impact in the side’s attack but Nahitan Nandez is not the one they should be looking at. 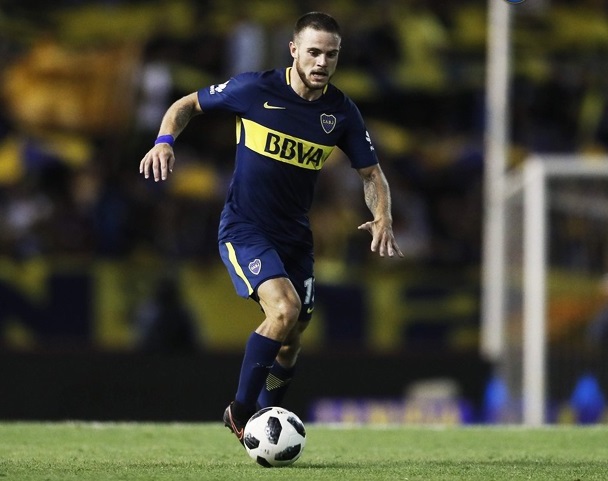 The Uruguayan is naturally a deep-lying midfielder and in all fairness, he has done a magnificent job in the position. His defensive positioning has been brilliant and his ability to win the ball back with his tackling and interceptions make him a fine number 6.

Nandez is an astute passer of the ball and is capable of pinging brilliant long balls from deep. This trait is a massive asset and it will undoubtedly suit Arsenal style of play next season.

However, the biggest issue with signing Nahitan Nandez comes down to the already established players in the Gunners squad. Granit Xhaka, Matteo Guendouzi and compatriot Lucas Torreira are all fine players who do pretty much the exact same job as Nandez.

Xhaka had a brilliant game against Chelsea despite the loss while Lucas Torreira has been a fan favourite at the Emirates since his arrival. The need for Nandez is extremely minimum irrespective of how good a player he is and Arsenal may unnecessarily have to fork out a hefty chunk of their limited transfer kitty to acquire a player who will bring nothing new.

Nahitan Nandez is a fantastic footballer who has a bright future ahead of him. The Uruguayan has all the traits to be a top player in the coming years but Arsenal have very little need for him in the summer.

The Gunners will be better off spending their money on a player who will be more suited to fill the void left by Aaron Ramsey and it will certainly be big boots to fill.