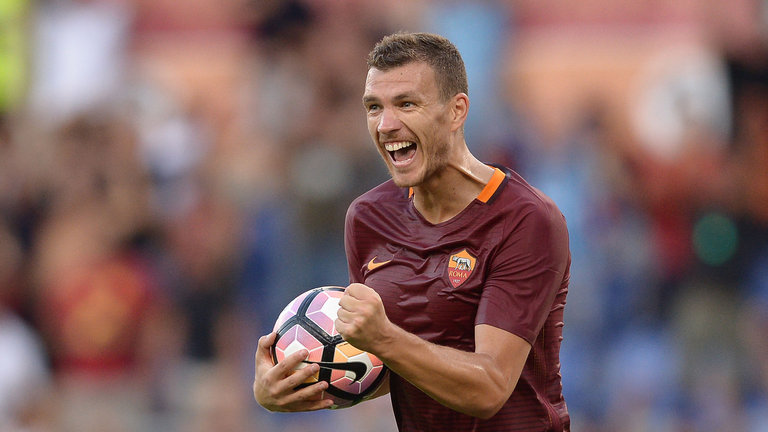 Recent reports have suggested that Chelsea will sign Edin Dzeko and Emerson Palmieri in a £44 million joined swoop from Roma. The reason the Blues are aiming to sign Dzeko is to add to their options up front and provide support for talisman Alvaro Morata, who has been struggling for form recently.

At 31 years of age, Dzeko may be past his prime but he can still compete at the highest level, given the fact that he has scored 12 goals this season from 25 appearances. He is also a proven scorer at Premier League level, having scored 72 goals in all competitions for Manchester City between 2010 and 2015.

Chelsea, however, will have to fork out a significant sum of money for a player that is past his prime when they could have the player that they are looking for within their ranks. With that in mind, here are three players that could do a better job than Dzeko.

Chelsea have reportedly considered making offers for Andy Caroll and soon to be 37-year-old Peter Crouch during this transfer window and if this is the case, it is quite clear that Antonio Conte does not have faith in Batshuayi. It also seems that the Belgian is not part of the future plans of Conte and there is a strong chance that he will be offloaded in the near future.

One could, however, argue that the reason why Batshuayi has not made the desired impact is that he is not being given sufficient first-team opportunities to shine. In total, since arriving at Stamford Bridge in 2016, Batshuayi has made 51 appearances, scoring 17 goals with a majority of his games coming off the bench. Hence, if Conte were to provide him with adequate game time, the promising forward might surprise everybody.

The 20-year-old was rewarded for the promise that he is showing by earning his debut for the England national team against Germany in a friendly international in November last year. Perhaps Abraham could be the solution to Chelsea’s woes in front of goal, thus erasing their need to consider Dzeko as a potential target.

This should be the last option for the club but Chelsea could go for Crouch if things are truly that bad. At 37, Crouch will likely be open to joining one of England’s best teams before hanging up his boots soon. Due to his height, he is particularly useful from corners and has gone on to score four goals from 22 appearances for Stoke in all competitions this season. The Blues have been linked with signing him this January and he could prove to be a viable last-minute option.