Moussa Dembele left Celtic to join Lyon in a £19.7m deal on the transfer deadline day, reports the Sky Sports. The striker, who has represented France’s youth squads on multiple occasions, has signed a five-year contract with Lyon.

Dembele, 22, began his career as a youngster at Paris Saint-Germain before turning a full professional at Fulham. He joined Celtic as a free agent in the summer of 2016 from Fulham and enjoyed a blistering debut season at Parkhead, scoring 17 goals in the Premiership and followed that up with nine goals last season.

As it happened to be a deadline day departure, Brendan Rodgers had very little time to bring in a replacement. Now that Dembele has joined Lyon, here are three players Celtic should target to replace the Frenchman in January.

Vincent Janssen scored 31 goals for AZ Alkmaar in the 2015/16 campaign and was subsequently plucked away by Tottenham Hotspur in the summer of 2016 for £17m. However, Janssen failed to make an impact in his first season at the club, scoring just two Premier League goals.

The Dutchman spent a loan spell away from Tottenham with Fenerbahce last season, but endured an injury-hit campaign in Turkey that saw him manage just four goals. He is currently injured, however, and uncertainty over his future has shot up after Mauricio Pochettino omitted him from the squad for the Premier League campaign until January.

Janssen is expected to recover fully before the turn of the year and the fact that he doesn’t appear to be in Pochettino’s plans going forward could encourage Celtic to make a move for him in January.

Dubbed the ‘Iranian Messi’, Sardar Azmoun has impressed in the Russian Premier League with Rostov and Rubin Kazan. 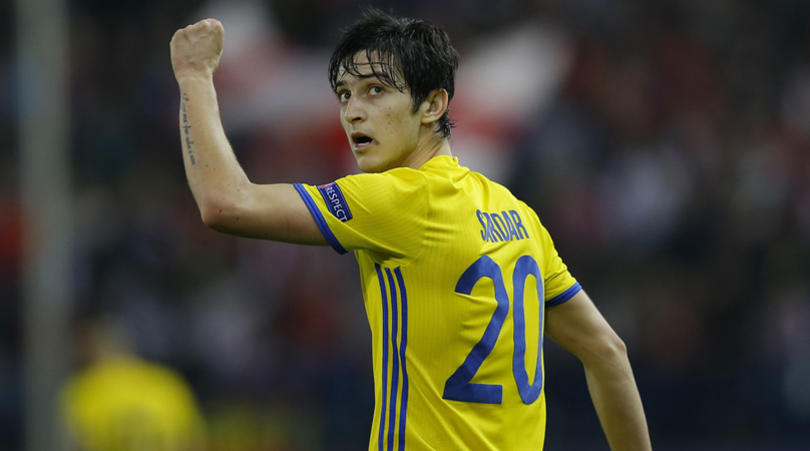 Azmoun, 23, played every minute of Iran’s World Cup campaign in Russia but shocked the world by announcing his retirement following his country’s elimination from the glitz and glamour competition.

A natural finisher with sharp movement in and around the box, Azmoun is a technically gifted player who would add real pedigree to Celtic’s attacking ranks.

One player that Celtic should seriously consider as a replacement for Dembele is Liverpool centre-forward Dominic Solanke.

Solanke, 20, looks likely to spend most of the season on the bench as Roberto Firmino, Sadio Mane and Mohamed Salah continue their fine form at Anfield. The young striker needs a loan deal to buy regular minutes on the football pitch and Celtic could be the perfect destination.

Read more: A blunder by Rodgers? Celtic’s decision to complete £19.7m deal for attacker could affect them

Rodgers knows Solanke very well, having brought him into Chelsea’s set-up when the player was just eight years old. Making the switch from England to Scotland shouldn’t be a huge problem for Solanke, who would offer pace, finishing and excellent movement to the Bhoys’ frontline.