In a league that is dominated by the likes of David De Gea and Thibaut Courtois, it can be quite tough for other goalkeepers to make a mark. This season, we have had Manchester City’s Ederson Moraes put in some stunning displays and then there is Jack Butland as well. However, there is one such keeper who deserves special mention for his brilliant performances in goal throughout the season on a consistent basis – and that is Swansea City’s Lukasz Fabianski.

The 32-year-old shot-stopper is easily one of the most experienced and talented keepers in the Premier League at present. He might be on the wrong side of 30 but that has not affected his reflexes or skills. If anything, he continues to improve every single day. More often than not, it is important to have an experienced figure as a goalkeeper since their reading of the game is unparalleled and Swansea seem to have hit jackpot with Fabianski.

To further put things into perspective, let’s take a look at some of his stats for this season. Fabianski is the only one to have completed a 100 saves so far and he tops the list right now. Jack Butland comes second to him but he is quite far away with 87 saves.

Even De Gea is tied with Butland at present and the rest of the players like Jordan Pickford and Kasper Schmeichel are quite behind. What makes Fabianski’s displays all the more commendable is the fact that he has managed to stand strong even at a time when the Swans were going through a rough patch. 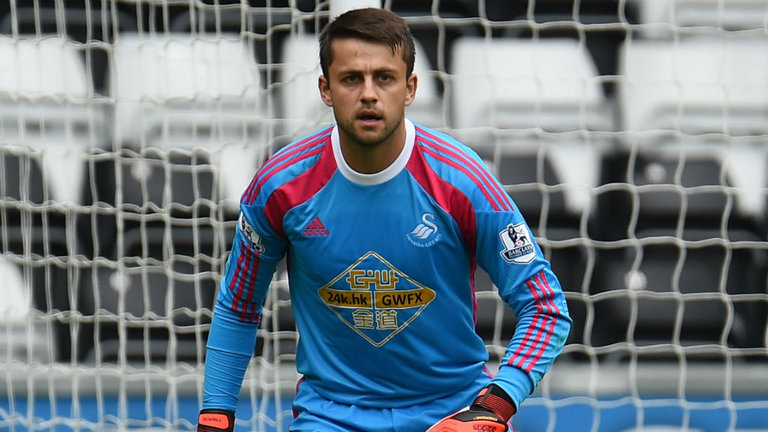 Even when it comes to saves made inside the box, Fabianski tops the list. He has made 63 such saves so far and De Gea comes second with only 50 of them. Once again, the player has surged ahead of the Spaniard, who is regarded as the best in the Premier League, if not across Europe.

As if that was not enough, the Polish keeper has also topped the list for the most number of catches so far, having caught 52 so far this term. Burnley keeper Nick Pope comes second with 44 and it is quite clear that even in this aspect, Fabianski is ahead by quite a margin.

Under new manager Carlos Carvalhal, Swansea have shown signs of improvement but they were struggling on several fronts under former manager Paul Clement. And yet, Fabianski soldiered through even the toughest of situations and due to his efforts, Swansea have conceded 37 goals this season, which is just one more than what Arsenal have conceded. In addition to that, they have shipped in lesser goals than the likes of Leicester (conceded 40), Everton (46) and Bournemouth (41) – all of whom are top-10 teams.

Swansea have only Fabianski to thank for this and it is safe to say that he has been their standout performer this season.