Rangers have decided to not sign Nottingham Forest striker Jason Cummings on a permanent deal this summer, as per reports from the Scottish Sun.

The 22-year-old had joined the Gers on a six-month loan deal in January this year and went on to score 6 goals and set up one more in 18 appearances in all competitions for the Light Blues.

However, that wasn’t enough for the striker to convince the club to offer him permanent terms, who are headed for a major rebuild under the new managerial regime of Liverpool legend Steven Gerrard.

Now that the chances of a permanent move are all but over and the future of Eduardo Herrera also uncertain, it does leave Rangers in a sticky situation given that they have just Alfredo Morelos as the only centre-forward in the ranks.

While the Gers are closing in on landing Umar Sadiq on loan from AS Roma, they will need more firepower up front, if they are to put up a strong challenge next season. 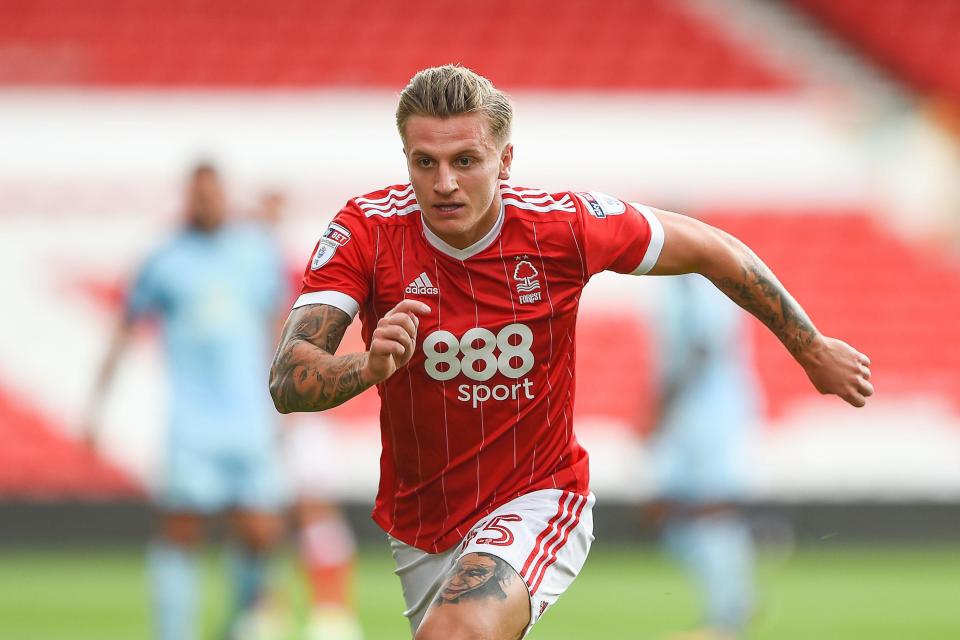 And here are three replacements for Cummings Rangers should target this summer.

The Swansea City forward is understood to be high on Steven Gerrard’s shopping list for the summer and it has even been reported that the Gers have made an offer of £4.5million in order to sign him but to no avail. However, they should continue their efforts to try and land the 22-year old.

McBurnie hasn’t been able to establish himself as a first-teamer with Swansea but his performances in the second half of the 2017/18 campaign while on loan with EFL Championship side Barnsley were extremely impressive.

The Scotland international concluded the season with 9 goals in 17 appearances for the Tykes, finishing as their second-highest goalscorer for the season despite having spent just five months at the club.

A young and promising striker, coming on the back of an impressive campaign, he could prove to be the ideal solution for the Gers up front.

Gerrard has already used his Liverpool links to bring in players at his new club, having signed midfielder Ovie Ejaria on loan, while also bringing in defender Jon Flanagan. And he should also try to use his connections to bring striker Dominic Solanke to the Ibrox.

The former Chelsea forward did not enjoy the best of the debut campaigns at Anfield, having signed for them last summer. Despite impressing during the pre-season, Solanke struggled to establish himself under Jurgen Klopp and managed only a solitary goal in the campaign, which came on the final day of the season.

His goalscoring exploits throughout his youth career and the previous loan spell at Vitesse Arnhem give an inkling about his immense potential.

With Roberto Firmino the first-choice and the likes of Danny Ings and the returning Divock Origi set to compete for the spot, Solanke would be better served moving on loan to a club where he would get regular playing time.

A move to Ibrox would provide him just that and the Gers could also reap the benefits of a player with great promise.

One of the biggest and brightest prospects coming through the Manchester City academy in recent years, the 19-year-old Lukas Nmecha has been tipped for a very bright future.

The Germany-born English forward has had a prolific goalscoring record throughout his youth career with the Cityzens and is coming on the back of a sensational season that saw him score 20 goals in just 19 appearances across all competitions.

Despite being 19 years old, Nmecha has established himself as a regular in the U23s side for whom he has scored 27 times in 35 matches.

A European Championship winner with the English U-19 side last year, he also won the Toulon Tournament with the Three Lions’ U-21 side last month. Pacey, skilled and a solid finisher, he would prove to be a shrewd addition to the Gers’ frontline.