Gimenez could be the answer to Manchester United’s defensive woes

Manchester United have endured a frustrating summer. The Red Devils didn’t look confident and composed in pre-season despite Mourinho bolstering the squad with new additions.

The likes of Lee Grant, Diogo Dalot and Fred were all signed in the off-season. As the Portuguese manager faces a race against time, he is still on the hunt for another central defender. According to the Independent, Mourinho is considering alternatives for Toby Alderweireld and is currently looking at Atletico Madrid defender Jose Gimenez.

Negotiations with Tottenham for the transfer of the Belgian have hit a rock wall after the Red Devils refused to meet Spurs’ asking price of £55million. (Independent)

As a result, Gimenez is wanted by Man United and would be a great addition to the team. The defender has been plying his trade at the highest level for a while now. The Atletico Madrid centre-back would be difficult to prise away at this stage but Mourinho should make an effort as signing Alderweireld looks difficult right now.

Gimenez is a strong, agile and aggressive defender who will do anything to keep the ball out of the net. Under Diego Simeone, the Uruguayan has developed into one of the fiercest defenders in Europe. He is known for his all-action tough-tackling style of football.

The 23-year-old is an able defender and a very versatile player. He is generally classified as a centre-back but the Uruguayan is also capable of playing as a right-back. Jose Mourinho could use a player like him given Manchester United’s defensive requirements. His versatility will allow Mourinho to deploy him in a number of roles and systems. 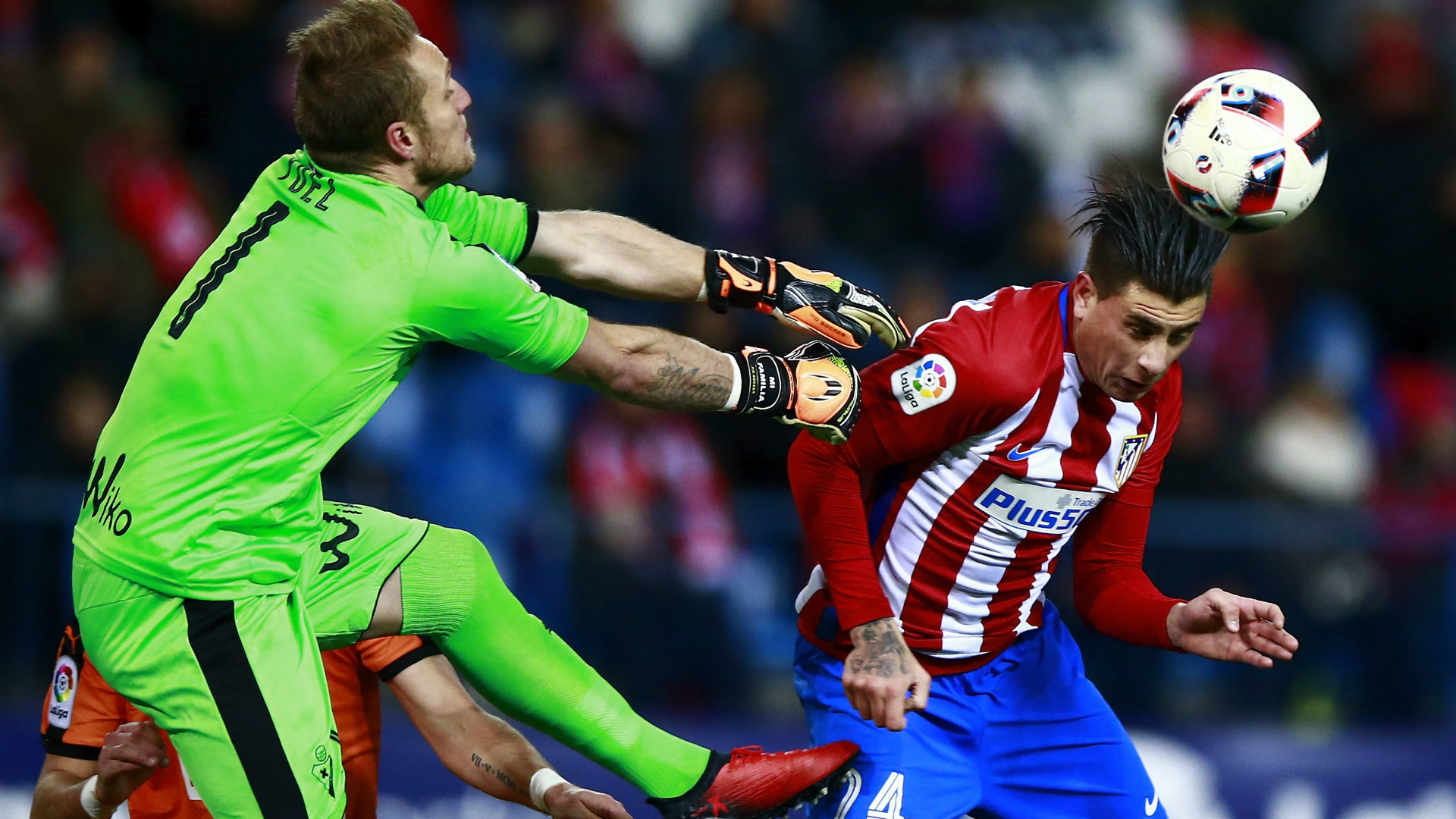 Playing on the right flank, Gimenez poses a huge threat going forward. The defender likes to surge forward and supply the attack by whipping in crosses into the box. Gimenez is also comfortable slotting into a three-man defence. He is also very strong in the air, using his aerial prowess to pose a huge threat from set-pieces and deliveries.

There’s not much time left before the window shuts and Jose Mourinho should definitely play it safe. The manager has already shown signs of his third season meltdown and should make the transfer if he intends to enjoy a successful season.