Two centre-backs Manchester United can sign instead of Kalidou Koulibaly

According to a report from the Sun, Manchester United have had a world-record bid of £95million for defender Kalidou Koulibaly rejected by Napoli. The deal would have seen Koulibaly become the most expensive defender in world football, eclipsing the £75m Liverpool paid to bring Virgil van Dijk to Anfield.

Jose Mourinho, who was dismissed after his team’s 3-1 defeat at Liverpool, had placed the Senegal international at the top of his January wishlist in a bid to strengthen his defensive ranks.

Kalidou Koulibaly, 27, has established himself as one of the world’s top defenders since moving from Genk back in 2014. However, Napoli President Aurelio De Laurentiis, confirmed earlier this month that they had rejected a £95million offer from Manchester United for their defensive lynchpin.

Now with Ole Gunnar Solskjaer in charge of Manchester United until the end of the season, he should forget pursuing Koulibaly’s signature and plan alternatives to bolster his defence, with the January transfer window looming large.

That said, here are two alternatives Manchester United can buy instead of Koulibaly.

Pablo only returned to Bordeaux earlier this year after spending almost all of 2017 back in Brazil after struggling to make the grade in Europe. But he helped Corinthians lift the Brazilian Championship trophy and has returned to France as a much-improved defender. 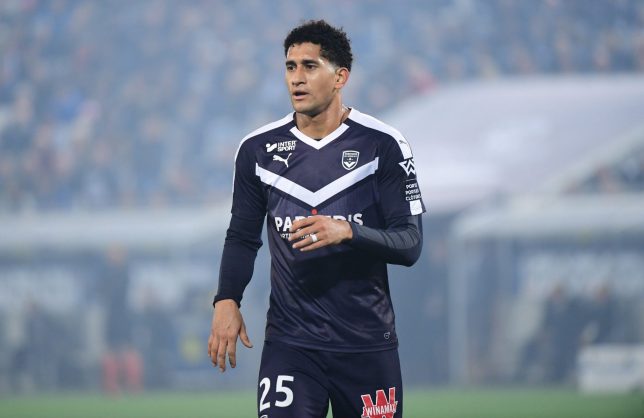 At a height of 6ft 2in, Pablo has the perfect height for a central defender. Strong in the air and powerful in the tackle, the Brazilian can also bring out the ball from the back. He is aggressive, powerful, reliable and no-nonsense – someone who will certainly improve United’s leaky backline.

But as Pablo is under contract at Bordeaux until 2021, he won’t come cheap, especially in the midst of the campaign. United have to splash a lot of money to land the two-cap Brazilian in January but he’ll definitely be a cheaper alternative than Koulibaly.

Toby Alderweireld’s future at Tottenham has been up in the air for around a year now and Tottenham have now triggered the one-year extension clause in his contract.

They have, as a result, activated a £25million release clause for the final two weeks of the summer transfer window. So there is a good possibility that Spurs may be open to letting go Alderweireld in January if they receive a tempting offer.

Read more: The ideal January signing for Man United – Solskjaer must land this Juventus star to achieve a top-4 finish this season

Keeping Alderweireld’s contract situation in mind, Manchester United must make an audacious bid next month. In Alderweireld, the Red Devils would get one of the best defenders in the Premier League and a boost for their top-four hopes.