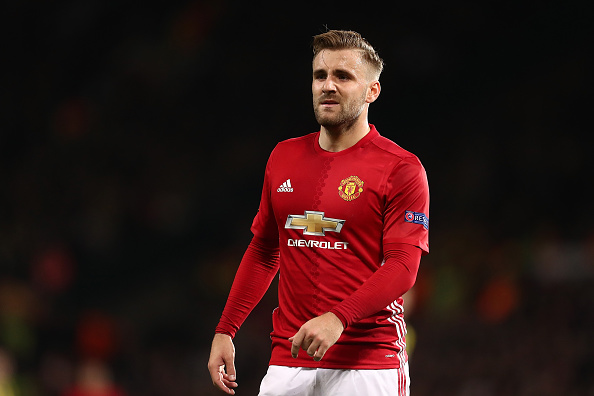 Promising left-back Luke Shaw’s Manchester United career seems to have hit a snag. The 21-year old has struggled to break into the playing XI under new manager Jose Mourinho this term, who is reportedly growing unhappy with the former Southampton youngster over the lack of progress in his development.

A double-fracture sustained during last season’s Champions League encounter had meant Shaw had to miss the entire season from then on and it has been believed that he has struggled to recover completely from that injury. That has meant Shaw has appeared only 13 times for the Red Devils across all competitions, with his last match coming against West Ham United in the EFL Cup, way back in November, where he was hauled off at half-time.

However, despite regaining full fitness now, Shaw has dropped behind Matteo Darmian, Marcos Rojo and Daley Blind in the pecking order and Mourinho, reportedly, is looking to ship out the youngster. His agent was quick to quash those reports suggesting that the defender is happy at Old Trafford and will not be moving anywhere, but in the unlikely eventuality that Shaw is shown the doors at United, we look at three potential replacements, Jose can keep an eye on:

The 27-year old full-back has been very impressive in the English top-flight ever since his move to West Ham United from Ipswich Town in 2014. Having had an excellent debut season, Cresswell went on to win the ‘Hammer of the Year’ and the ‘West Ham Players’ Player of the Year’ awards at the end of the season.

He played a vital part in the Hammers’ excellent top-half finish last term and alongside Dimitri Payet, he was Slaven Bilic’s most important player. However, an injury sustained in preseason had kept him out till October this term, and the Englishman has notched up 15 appearances across all competitions since his return, missing only 2 matches since then.

A pacey customer out on the flanks, Cresswell is very effective going forward and can keep hitting accurate pinpoint crosses into the box constantly, while he also has the eye for a defence-splitting ball. A direct goal threat from set-pieces as well, the 27-year old backs himself and has the confidence to take a shot on from range. His positional awareness and reading of the game, combined with some solid defending make him an excellent option for United to consider.