According to a report from the Nottingham Post, Nottingham Forest have tabled a £2million bid for Northern Ireland international Gavin Whyte. The 23-year-old has had an impressive season with Oxford United which earned him his debut international cap earlier this season.

Forest finished a respectable 9th in the Championship this season but the club have it in them to finish a lot higher in the table. Martin O’Neill’s side have been heavily reliant on Joe Lolley and Lewis Grabban’s goals this season but they will most likely be without the former next season.

Lolley’s phenomenal season which saw him score and assist a combined 22 goals this season has attracted a ton of interest from newly promoted Aston Villa who are likely to swoop in for him in the coming days.

Losing the 26-year-old would be a massive blow especially after the kind of season he has had.

Lolley’s understanding with Grabban up front was one of the biggest reasons why Forest finished as high as they did this season but they will have to do well to achieve the same next term.

The Reds will also lose Karim Ansarifard and Jamie Ward who have both been released by the club. This leaves a huge void in their attack and O’Neill will have to do well to replace the players who will leave this summer.

Lewis Grabban will need support to have the kind of impact he had this season and one player who would be a perfect partner is Oxford’s Gavin Whyte.

The 23-year-old has scored 7 goals and has provided 5 assists in his highly impressive debut campaign. Whyte has played most of his games this season on the right flank but the youngster is more than capable of playing anywhere across the front three.

Whyte’s movement has been brilliant this season and he has shown immense composure in front of goal.

The Irishman is fairly quick and his ability to drift in between the lines to lose his marker makes him a very dangerous attacker. Whyte still has a long way to go to fulfil his potential and Forest is the perfect move for him this summer. 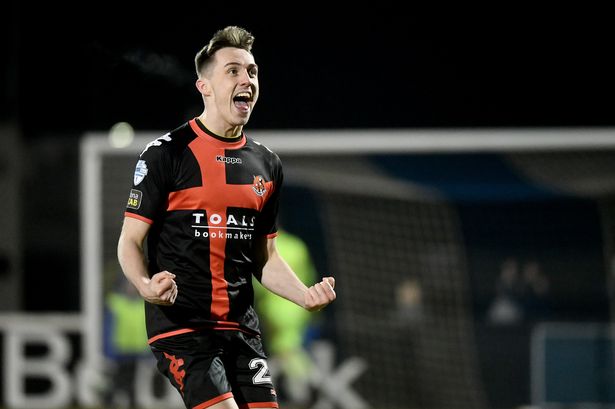 Gavin Whyte is the next big name in Irish football and Forest would have a real gem on their hands if they manage to sign him in the summer.

The youngster will surely bring in goals and assists and if managed properly, he could be the difference that will take Forest to the playoffs next season.