Why Jan Siewert would be a perfect manager for Huddersfield

Huddersfield are in crisis mode and yet they aren’t looking for a fire-fighter to save their season amidst links to Sam Allardyce. However, the former Everton and Blackburn manager has already rejected a move to the club, revealing that not even he can save the Terriers from getting relegated at the end of the season.

Reports from Sky Sports, however, have revealed that Huddersfield’s top target is Borussia Dortmund’s U23 coach Jan Siewert, with the club willing to do everything to bring him in.

However, the question for the Terriers is if Siewert can make a difference at the club and potentially save them from relegation this season. That’s something that cannot be answered right now but nevertheless, Jan Siewert does have a rather a good CV.

Currently plying his trade at Borussia Dortmund, the 36-year-old, like many before, has used the Bundesliga side’s U23 side as a stepping stone to bigger and better things. 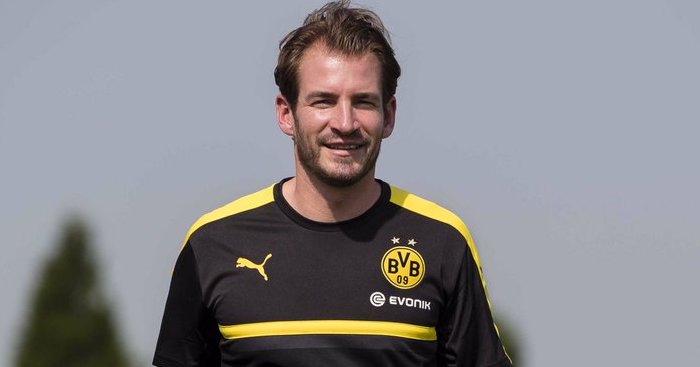 David Wagner did it in 2015 and joined Huddersfield. His replacement at Dortmund was Daniel Farke and he’s taken the Championship by storm with Norwich City. This simply means that the Dortmund become job is a stepping stone and a chance for potential managers to test themselves at a higher level.

For Jan Siewert, it’s his turn to shine and while Dortmund have asked Huddersfield to pay €300,000 to get their man, the Terriers are more than willing to do that. However, if Siewert does take the job, the 36-year-old would a side that is struggling to score goals.

So far, the 20th place side has only scored 13 goals in the Premier League, making them the lowest scoring team in the English top-tier.

This means that Huddersfield need to add a reliable striker in the January transfer window, failing which they will face the prospect of getting relegated. Not to mention, they are a massive 10 points from safety and have only 15 games to make up the difference.

That’s easier said than done, which means that Jan Siewert will have an incredibly tough job on his hands. But if there is anyone who can handle it, it’s the U23 Borussia Dortmund coach. But for him to do that, Huddersfield will have to completely back him and give him whatever he needs to save the side.

Read More: This extremely hard-working Premier League winner could be the man to save Huddersfield from relegation – agreed?

Otherwise, they will get relegated back to the Championship and have to do the entire process all over again, which helps no-one.