According to a report from the Sun, Manchester United are interested in signing AS Roma defender Kostas Manolas. The Greek has a bargain £32million release clause in his contract, adds the report.

The27-year-old has been with Roma since 2014 when he joined them from Greek giants Olympiacos. He made headlines across Europe last season when his dramatic late goal completed an unlikely Roma comeback and knocked Barcelona out of the Champions League.

The Greek has been a regular starter for Roma this season, making 10 appearances in Serie A, and has a goal to show for it as well. But with Kostas Manolas having a bargain release clause in his contract, it has certainly interested Manchester United manager Jose Mourinho. But should Mourinho urge the United board to trigger it in January?

Manchester United have struggled defensively since the start of the season, having leaked in 21 goals in just 13 league games this season. Jose Mourinho seems to be in search of defensive reinforcements in the New Year as he bids to address his team’s issues at the back ahead of the second half of the season.

The Red Devils are in dire need of a leader at the back, as the likes of Chris Smalling, Phil Jones, Eric Bailly and Victor Lindelof have all been underwhelming.

Marcos Rojo is yet to play a game this season and remains out of favour under Mourinho. So the best shot to plug the leaky defence and help United get into the top four would be the signing of a new central defender in January.

Kostas Manolas, one of the highly-rated defenders in the Italian league, could be a top addition to this United side. Not only will the Greece international add some much-needed depth to the defensive department but he also has the potential to evolve as a world-class defender.

A ball-playing, composed and aggressive defender with top tackling and game-reading skills, the 27-year-old possesses the ability to lead the charge from the back. 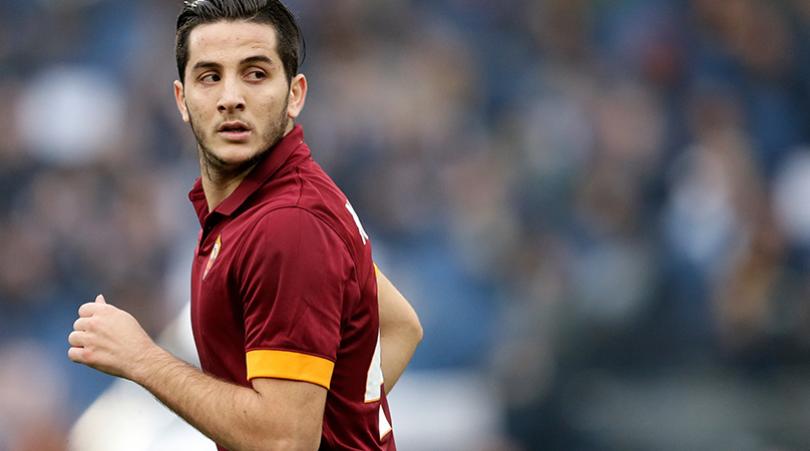 Manolas is disciplined, rarely allows space in behind and is quick to cut out passes. With his aerial ability and a decent turn of pace, the former Olympiacos man could indeed work wonders for the Red Devils. In fact, the 27-year-old has all the qualities to thrive in the rigours of the Premier League.

At 27, Manolas is currently operating at his peak in the Serie A. He could indeed make a massive difference for Mourinho’s side, who have been defensively all over the place this campaign. Thus, Mourinho and co. must pull out all the stops and make an attempt to sign Manolas from Roma in January.