Should West Ham United keep or ditch David Moyes if he saves them from relegation?

West Ham United are reportedly toying with the idea of offering David Moyes a new contract if he can help the club preserve their top-flight status beyond the end of the season. The former Manchester United boss took charge of the club at a time when they were failing miserably under Slaven Bilic’s guidance. The Hammers were living dangerously, going in and out of the relegation zone but ultimately, Moyes worked his magic and has managed to bring them up to the middle of the table at least.

At present, they are in 12th place and are 3 points ahead of the drop zone, meaning they still stand a pretty good chance of getting relegated. However, in case Moyes can save them from that, does he deserve to stick around?

The thing to understand about Moyes is that he relies a lot on deeply-defensive formations. When he took charge of the Red Devils after Sir Alex Ferguson’s departure, there were a lot of high hopes for him. But he let everybody down by turning a club built on counter-attacking football to a defence-oriented team. His methods are more suited to bringing clubs out of trouble by playing a very cautious game of football. While that is what West Ham need at present, it is certainly not what they need beyond that. 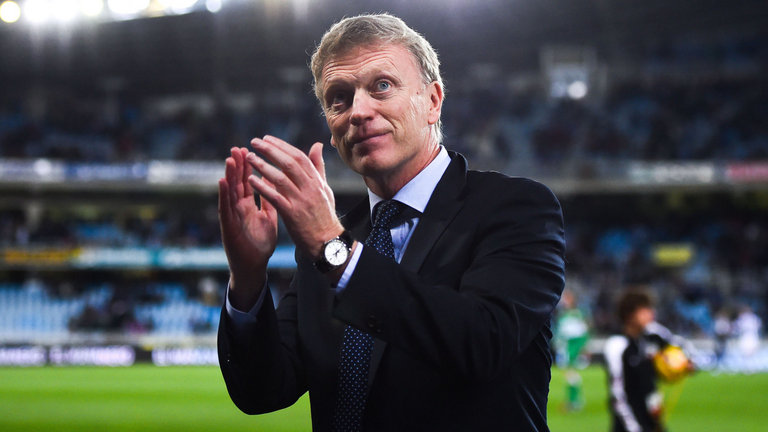 Ever since Moyes took charge of the club, there have not been any significant improvements in the club’s performances on the whole. In fact, their 3-1 defeat to Brighton was a reminder of how far they have to go. One might argue that they are currently hit by a wave of injuries but even when their key players were fit, the Hammers did not impress much. To add to their woes, the fans were livid when they were thrashed out of the FA Cup by Wigan Athletic and they are desperate to see some much-needed change in the club.

Retaining Moyes will not help them progress forward but would only push them backwards. The way he dealt with transfers in the January window was also not appreciated by a lot of the fans. He missed out on signing stars like Islam Slimani and even Ibrahim Amadou – both players that could have added so much value to the squad.

These are definitely not encouraging signs by any measure, thus making it imperative for the Hammers to let Moyes leave even if he helps them survive in the top-flight.