Pep Guardiola’s Manchester City delivered another fantastic performance as they romped 6-1 against Huddersfield Town last weekend. Guardiola’s men are more than capable of defending their crown this season but Liverpool have been lurking in the dark.

Apart from the Cityzens’ dominating show, it was yet again another jaw-dropping performance from Sergio Aguero. The Argentinian has been leading the line for Manchester City since joining the club from Atletico Madrid in 2011.

Aguero is a goalscoring machine and he has been one for a couple of years now. When the Argentinian is fit and firing, there’s not another striker who is as clinical in front of the goal. Yes, not even Harry Kane.

There’s no doubt that Kane is one of the deadliest strikers in the Premier League. But despite playing fewer games than him, Aguero managed to rack up a total of 21, 20, 24 and 26 goals over the last few seasons in the league respectively. Kane has mustered 30, 29, 25 and 21 goals in that time but he also played more games. (Stats courtesy – Premier League)

Hence, it’s no wonder that Aguero has scored 146 goals in 208 Premier League appearances for Manchester City so far. He is City’s all-time leading goal-scorer and it’s going to be hard for anyone to trump that feat.

While Kane was still growing as a footballer and a striker, Aguero was already making a name for himself across Europe. He scored a staggering 74 goals in 175 La Liga appearances for Atletico Madrid.

The Argentinian is also famous for his breath-taking goal that earned City their first Premier League title. Aguero slotted home the winning goal in the dying minutes of the game to ensure Manchester was blue that year. And that moment turned him into a Manchester City legend. 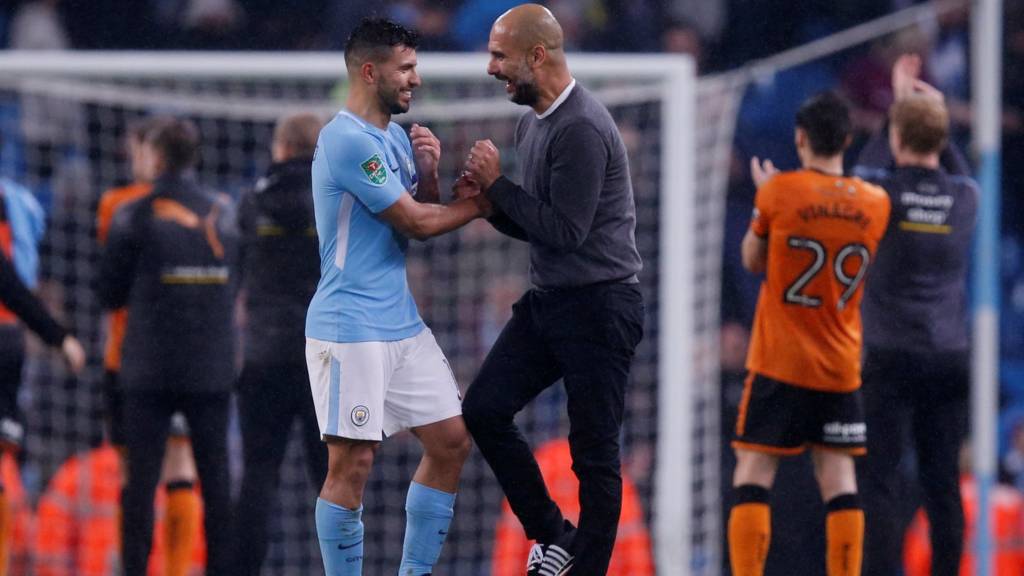 Over the last few seasons, Aguero has been indispensable for the team. When it comes to converting chances and producing something out of a 50/50, there’s no better man to look forward to than Aguero.

His first goal against Huddersfield Town is a prime example. Ederson thumped the ball forward for Aguero, who had loads of space in front of him. And we all know what happens when Aguero is given a few yards. The Argentinian duly punished the Terriers by pulling a sublime dink over Ben Hamer, who was way out of his box.

There have been talks as to whether Aguero is the best foreign striker to grace the Premier League. He isn’t just yet, given that the 30-year-old is 10th in the all-time goalscoring rankings, just three goals behind Les Ferdinand. (Stats Courtesy – Premier League)

Read more: Man City’s £52m star vs Liverpool ace – Stats show that both of them could wreak havoc this season

Thierry Henry currently stands as the most prolific foreign striker in England, having racked up a total of 175 goals for Arsenal. He is in 5th place, behind Chelsea legend Frank Lampard. But Aguero has played fewer games than the newly-announced Bordeaux coach, and there’s no doubt he could beat that record one day.