With the latest defeat to Liverpool patience is running thin in the red side of Manchester with most calling for David Moyes’s head. While the hierarchy at Manchester United claims that they are behind David Moyes 100%, it does not really take a pundit to work out that things are bad and the Scotsman is living on borrowed time at the moment. However most agree that even if David Moyes is sacked he will probably be replaced by a caretaker manager for the remainder of the season (the name of Paul Scholes is doing the rounds). The real question is which are the candidates who can take over the role of the manager in Manchester United in the summer? 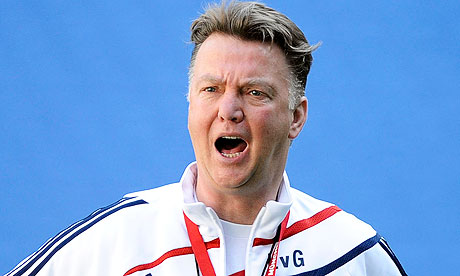 The most realistic candidate to take over Manchester United in the summer should David Moyes gets the sack. Lois Van Gaal is a manager with a proven track record having managed clubs like Barcelona and Bayern Munich. Currently the manager of the Netherlands national team, he should be available to take over Manchester United after the World Cup gets over this year. With Louis Van Gaal declaring that he wants to win the championship in all four countries it’s more than a decent possibility that the Dutchman is coming to Manchester United. The only drawback is that Louis Van Gaal takes a little time to adjust a new team as his tactics and it’s unlikely that the Manchester United fans will have much patience for the man who takes over their club.