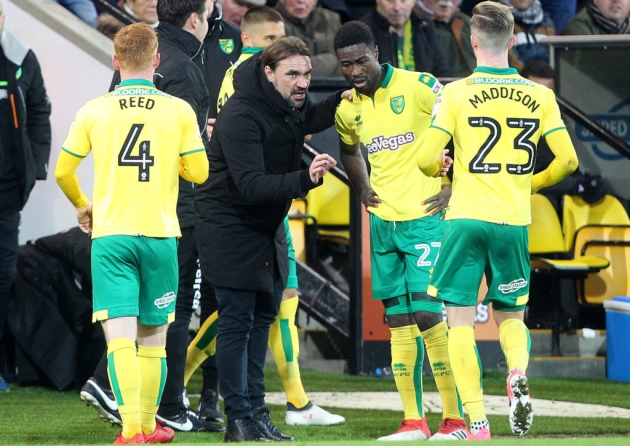 Norwich City have had a pretty disappointing campaign in the Championship this season, languishing at 14th place in the table. As they finished 8th last year and were pushing for playoffs for most of the season, this year will feel like quite a letdown.

They have also only won one of their last nine games and would love to go on a little winning streak at the end of the season to boost their hopes for next year’s campaign.

Didn’t have the best of games against Fulham but the young goalkeeper has been fairly consistent between the sticks and every game aids his development.

The young Northern-Irish left-back is being given a run in the side and has impressed down the left-hand side in the last couple of games. He’s defensively solid and also adds an attacking threat.

The towering Swiss centre-back had a decent game against Fulham despite the loss. He will be glad to have Grant Hanley back.

Hanley sat out of the previous game with a migraine problem and then sat out of the Scotland game with shin splints. However, he is without injury problems for this game. Has been a consistently high performer for Norwich this season.

The Portuguese right-back offers some threat going forward. He has played over half of Norwich’s games this season.

A monstrous central defensive midfielder who dominates the midfield. Had a good game against Fulham.

The Irish midfielder offers something different to the Norwich midfield – trickery and vision, which could be essential in breaking down the QPR defence.

One of the success stories of the Championship this season. He offers this Norwich team a threat when going forward and is the top scorer this season.

The on-loan Tottenham midfielder came to this Norwich team in January and looks like an exciting prospect in the attacking midfielder role.

The pacey winger has scored 9 goals this season for Norwich and will be hoping to add more to his tally.

The top-scoring striker for Norwich this season offers a threat with both his heading and his finishing, which makes him a handful for the opposition.