Manchester City qualified for the next round of the UEFA Champions League with a 1-1 draw against Borussia Monchengladbach at Borussia Park last night.

It was a performance far from the best for Guardiola’s side that started with three men at the back, as their attacking players struggled to make inroads against a solid Gladbach defence. The home team did well and were thoroughly deserving of the one point which secures their qualification for the Europa League knockout stages.

The draw meant City finished behind Group C leaders Barcelona in the table, irrespective of the results in the final round of group stage fixtures.

On an evening, which saw two red cards handed out, we take a look as to how the City players fared:

Could not do much for the early goal by Raffael but did stop the home team from doubling their lead making a sharp save. But made some nervy clearances.

Had to fill in at right-back at times but overall played a decent game as he was not troubled much by the Gladbach forwards. 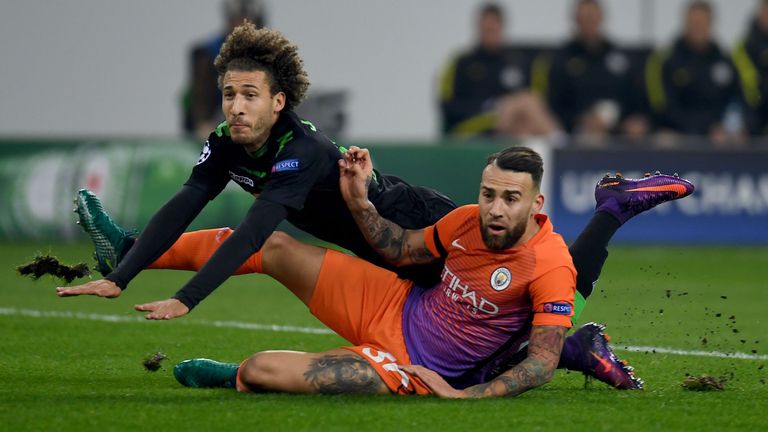 Was beaten all ends up by Lars Stindl in the buildup leading to the first goal. Looked more solid in the second-half after City took control of the game.

Had to juggle multiple roles of playing as a centre-back and wing-back. Quiet outing for the Serbian as he didn’t look to go on his usual forays down the left flank.

Struggled in the early part of the game having been deployed as the left wing-back, but looked far more comfortable once he was moved to the right-wing. Saw a goal ruled out for offside. Was substituted in the 68th minute owing to Fernandinho’s red card.

Looked to get on the ball and make things happen with his impressive range of passing. City looks better with Gundogan on the field. But seemed to tire out as the game progressed. 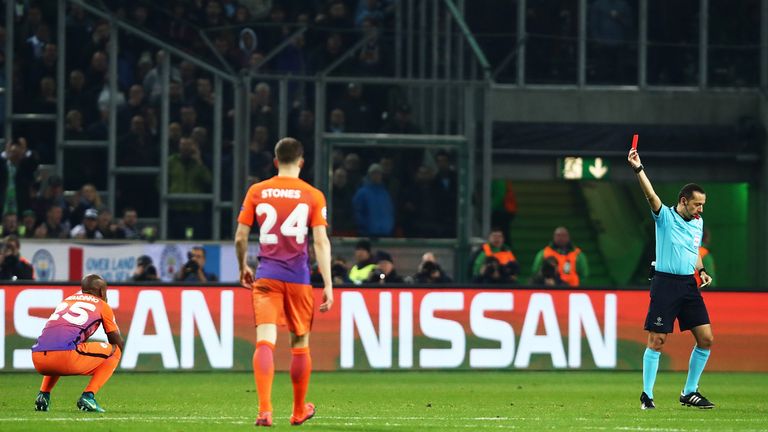 Looked less solid than usual as he left acres of space in front of the City defence more often than not. Received his marching orders in the second half. Rare bad performance from the Brazilian.

Scored the equaliser for City at the stroke of half-time. Had another strike ruled out for offside. Other than that, was mostly kept quiet by a stout Gladbach defence.

Played on the right-wing, then as a right-wing back and also through the centre of the midfield as Guardiola’s formation changes took effect. Lacked end product as he failed to create enough chances for Aguero. 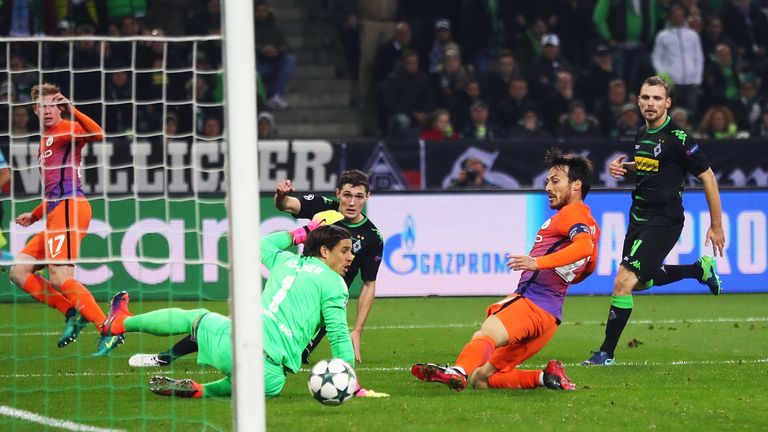 Was on hand to tee up Silva for his goal and was City’s better performers in the game, as has been the case throughout this season.

Not the Argentine’s best, as he struggled to get past a stubborn Gladbach defence. Cut a frustrated figure as a result.

Came on for Raheem Sterling after Fernandinho was sent off. Showed good attacking endeavour while adding some steel to the defence.