It was heartbreak for Rangers’ fans as an 88th minute Moussa Dembele goal secured the win for Celtic at Hampden park in the Betfred League Cup semi-final. Brendan Rodgers side will go on to face Aberdeen in the final in little over one months time.

We look at the player ratings for the triumphant Celtic team.

In truth, he didn’t have much to do in the game and it was quiet for him. One thing we must mention after criticising him for it recently was that it looks like he has been working on his distribution as he looked comfortable with the ball at his feet.

It was a solid defensive performance for the right back, where again he didn’t have much to do. Was troubled just a few times, but it didn’t come to anything.

One of Celtics best players. He came to Celtics’ rescue with an excellent block on Holts effort late on. A commanding performance. 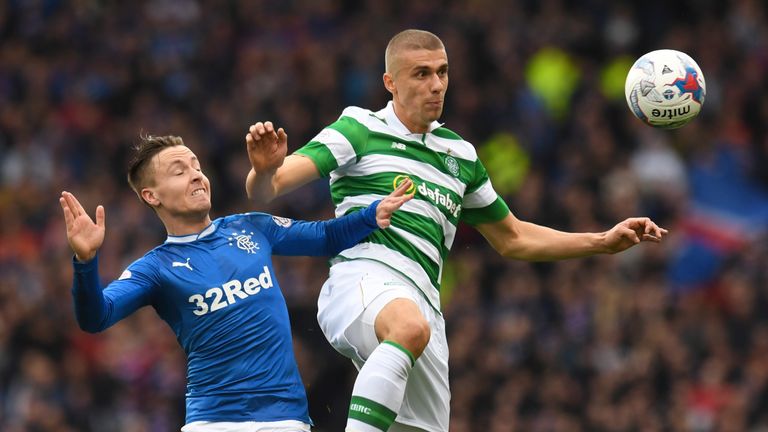 Had a headed goal disallowed which was unfortunate. But overall it wasn’t his best performance as he lost possession on occasion.

A good display from the youngster both in defence and attack. Continues to enhance his growing reputation.

Absolutely bossed the midfield, which comes of no surprise. In an Old Firm game, you need to show strength, courage and determination and Brown showed this in abundance as he set the tone for his team-mates.

Come off injured but until then it wasn’t the best performance from the Israeli midfielder. Has shown more quality in previous games.

His lack of playing time probably showed here. He worked hard and looked threatening up until a point. But didn’t really show any end product. Just needs to add a bit more composure to his game that more minutes on the pitch will probably give him.

The Australian always looked threatening to the Rangers defence as he looked to make things happen. A solid if not inspiring performance.

Always a threat on the day with his mixture of pace and dribbling ability. He has great distribution too and delivered some fantastic crosses. Was unlucky to rattle the crossbar with a free-kick and on another day could have been MOTM. 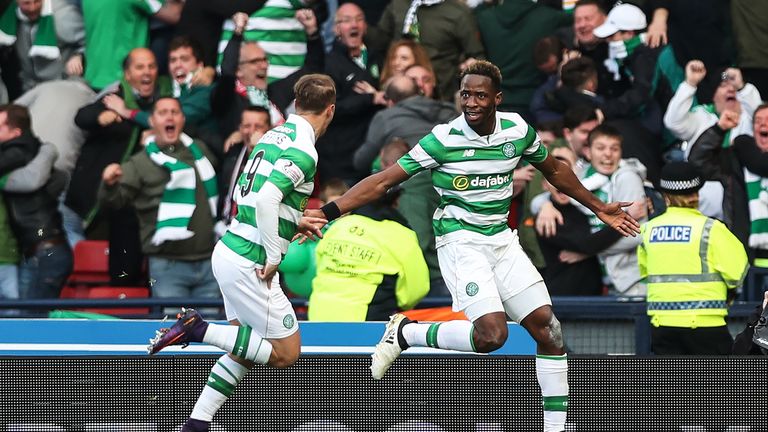 A mixed day for him, but his goal alone is worthy of the rating, winning the game for Celtic with a cool finish. Looked much better when fellow striker Leigh Griffiths was put alongside him.

Replaced Nir Bitton in the 63rd minute and impressed. Did exactly what you would want of a sub and made a positive impact on the game.

Made his entrance as Celtic pressed for the winner and the sub paid off as he combined well with Dembele for him to score. Brendan Rodgers will have to look at a partnership with Dembele now. If he can find a way to make the partnership work it could make Celtic even more dangerous.