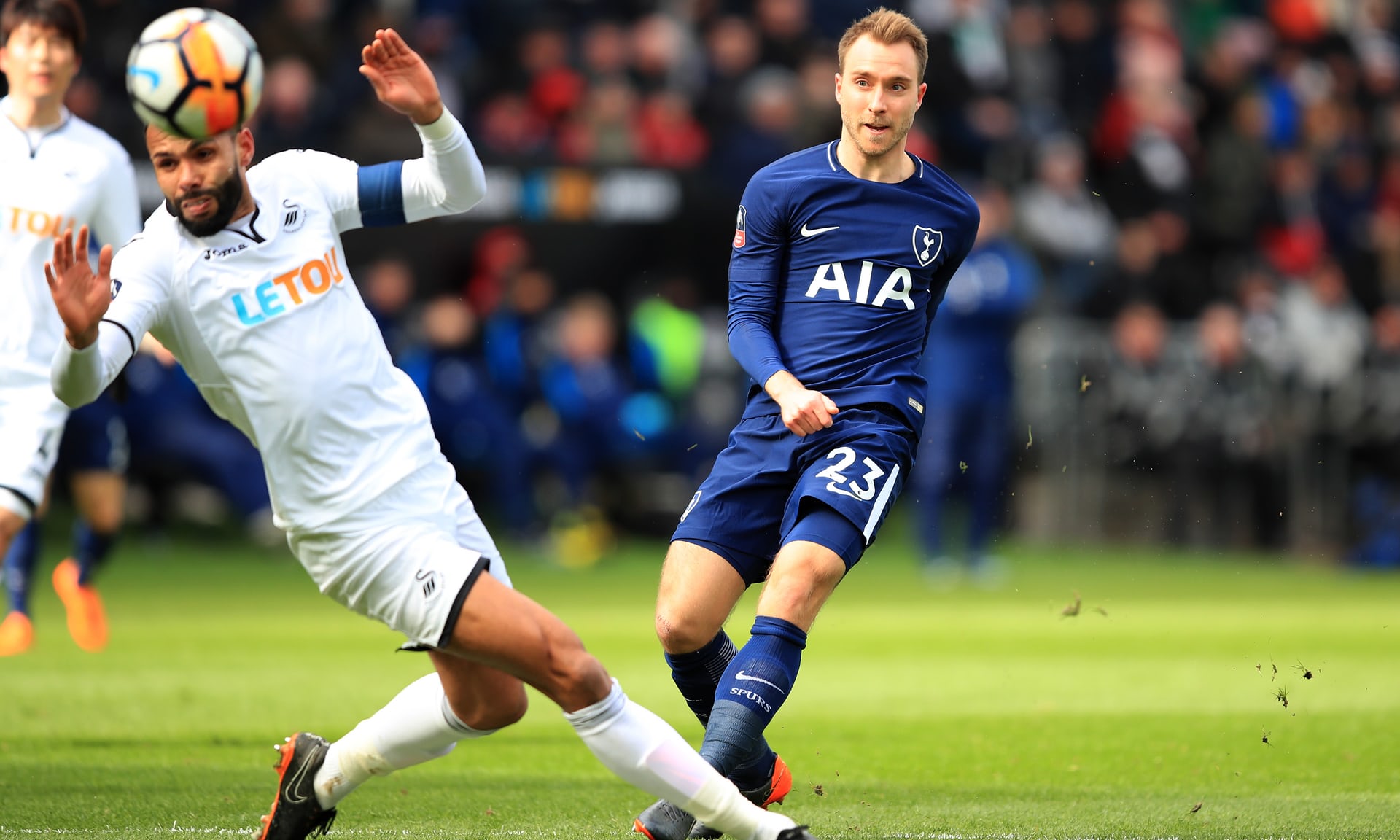 Tottenham Hotspur grabbed a thumping 4-1 win away at Bournemouth last week but suffered a huge blow when Harry Kane, the English goal-machine, was forced to leave the pitch with an ankle injury. Spurs were knocked out of the Champions League a few days back but they have strengthened their chances of a top-four league finish following a series of wins.

They also progressed through to the quarterfinals of the FA Cup and were determined to be one step closer to the silverware when they travelled to Liberty Stadium to encounter Swansea City. The North Londoners have struggled in previous rounds against lower league minnows but were at their absolute best this afternoon as they thrashed the Swans 3-0 to secure a place in the semis.

They were the dominant force from the very beginning of the game as Carlos Carvalhal, the Swansea tactician, seemed clueless against Mauricio Pochettino’s strategic move. The Argentine fielded Heung-min Son in an unusual No. 9 role but managed to implement his tactics properly.

Christian Eriksen, the Danish sensation, started in a wide attacking role and showed his excellence with a 20-yard curler that earned Spurs an early lead. Son’s goal was disallowed before Erik Lamela made it 2-0 in the closing seconds of the first-half. The game was pretty much done and dusted in the first 45 minutes leaving an uphill task for the Swans to stage a second-half upturn.

The fate of the game remained unaltered after the break too as Eriksen ran riot in Swansea defence and scored his second goal of the afternoon. Spurs created a lot of chances to test the opponent keeper but could not add further despite outplaying the Swans thoroughly. The game thus ended 3-0, in favour of the visitors, who are now one of the major contenders to clinch the silverware.

The ex-Swans keeper has been preferred in cup games and featured against his former employers. He made a crucial early stop to prevent Nathan Dyer and also made an excellent double-save early in the second half which could have been a turn around for the home side if converted.

Has been a constant attacking threat with his overlap runs and linkup play with Lucas Moura, who produced great crosses and also maintained accuracy while distributing long balls.

Was booked for a mistimed tackle on Martin Olsson but maintained a defensive composure otherwise. Lost a few duels, fouled a few times unnecessarily but kept his head cool. The passing and no-nonsense clearances allowed the young Colombian to dominate the game from a central defensive role.

Had a dismal Wembley outing against Juventus but the veteran Belgian has been Spurs’ main man in the backline for seasons now and delivered another steady defensive display alongside Sanchez who has benefited a lot from Vertonghen’s leadership traits.

The best left-back of Premier League this season, who delivered another balanced display down the left-hand flank. The Welshman maintained his defensive duties and also kept on making attacking contributions with overlap runs and crosses to help the attackers.

A power-packed display from the Frenchman in his first-team return as he dominated the midfield game with his physical presence and combative approach. He dribbled past the opponents on a number of occasions and even set it up for Erik Lamela to score his side’s second goal in the closing seconds of the first-half.

Kept the game floating in the middle of the park, tested the keeper with a decent effort and had plenty of successful touches and passes throughout the game. Worked hard, helped the attack and also screened the defence when required.

A scintillating attacking display from the Brazilian, who completed a switch from PSG in winter. Was denied by the Swans custodian Kristoffer Nordfeldt a couple of times and even saw his efforts blocked but he assisted Eriksen for his second goal of the afternoon. Was replaced by Fernando Llorente midway in the second half.

The Argentine assisted Eriksen for his stupendous early strike and also netted in the closing seconds of the first-half to make it 2-0 for Spurs. Was denied a couple of times and troubled the Swans backline with his movements in and around the box. Was replaced by Dele Alli late in the game. 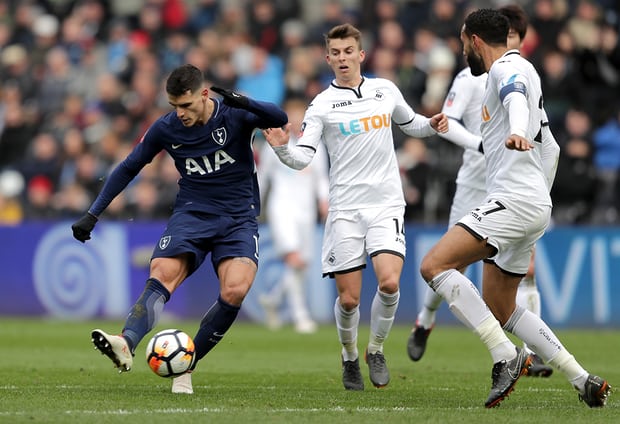 The Danish dynamite blew up the Swans defence with his terrifying attacking display. He broke the deadlock early in the game with a stunner and also sealed the deal in the second-half via a deflected strike. One of his many efforts was denied by Nordfeldt with help from the woodwork as the Spurs sensation came close repeatedly to grab a much-deserved hat-trick to his name. 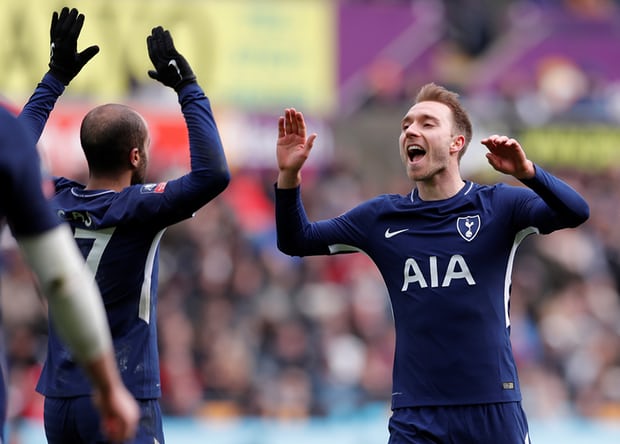 Was played in an unfamiliar No. 9 role due to Kane’s injury absence and the South Korean struggled initially to remain onside. He, however, had an improved second-half particularly after Llorente’s introduction that allowed him to switch to his usual wide role.

Scrambled towards the end to force the ball over the line to make it 4-0 for his side.

Was introduced as an 81st-minute substitute in place of Lamela.