Everton opinion: The Toffees should sign Thomas Meunier from PSG

According to Le 10 sport, Everton are keen on bringing PSG right back Thomas Meunier to Goodison Park in the summer. The report says that Everton were the first team to approach the French champions about the possibility of a transfer for the Belgian defender.

Everton have had problems at right-back this season with both Seamus Coleman and Jonjo Kelly struggling to make an impact under boss Marco Silva. The Toffees should rectify that when the transfer window opens in the summer and Thomas Meunier is on top of their list. 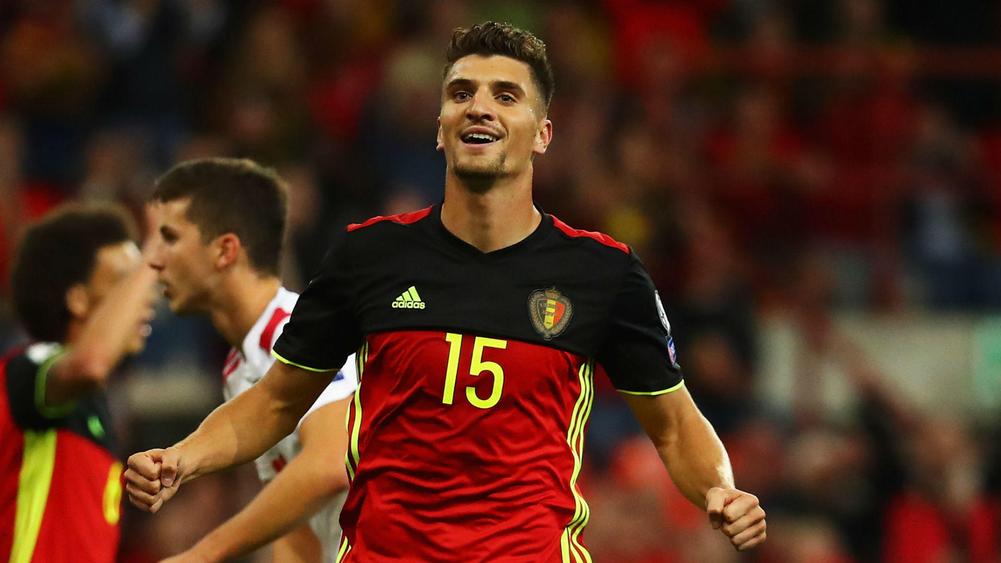 Meunier signed for PSG from Belgian club Bruges in 2016 on the back of an impressive showing at the European Championships.

However, on the field, the Belgian is in stiff competition for the starting spot role with veteran Dani Alves and 22-year old Thilo Kehrer. With uncertainty over game time, Meunier would be willing to leave the French capital and the Premier League will be an exciting next step in his career.

Meunier started his career as a midfielder but was converted to right-back by former Villareal coach Juan Carlos Garrido. Naturally, Meunier is right-footed but is more than comfortable on his left foot too and is often seen cutting inside to have a strike with his weaker foot.

The right-back is a little short on pace due to his 6 feet 3inches frame but his control over the ball and reading of the game makes up for it.

Meunier has played 16 games in the league so far this season but has missed the last 2 games due to the concussion he suffered in the game against Bordeaux in the Ligue 1.

Meunier has made way to Dani Alves in the Champions League and has featured just 4 times in Europe. The emergence of Thilo Kehrer has also hindered Meunier’s time on the pitch and a move away looks likely.

The 27-year old has averaged 2.1 tackles and 1.1 interceptions per game for the French Champions this season. Meunier uses his height to good advantage and boasts an impressive 1.4 aerial duels won per 90 minutes so far this campaign.

At 27 years of age, Meunier has played over 100 seniors games at club level and also has 30 caps for the Belgian national side. Meunier will bring in tons of experience and leadership to a young Everton side and will also be a big inspiration to Jonjo Kenny.