Why Everton should keep hold of Richarlison amidst Atletico interest

According to Spanish outlet AS, Spanish giants Atletico Madrid are interested in signing Everton forward Richarlison. The Toffees signed the Brazilian starlet last summer from Watford, for a whopping fee of £50m.

The attacker has done well so far, scoring 10 goals in 25 league appearances and carrying the Everton forward line. The Daily Star reports that the Merseyside club will demand around £80m for the youngster this summer.

Here’s why Marco Silva’s men should do everything and not let go of the Brazilian in the near future:

Richarlison carries the main threat up top for the Toffees

It is safe to say that Everton have struggled for form this season under Marco Silva, who hasn’t been able to impact the way he would have liked when he arrived last summer.

They have struggled to score goals and have also been open at the back, something that cannot happen in top-flight football for a team that is aiming to finish in the top-six.

Their two best players in the attack have been Gylfi Sigurdsson and Richarlison. The former has scored nine goals and supplied three assists, while the latter has scored 10 and has an assist to his name. Furthermore, the other good thing with the Brazilian is his versatility to play anywhere across the front-line.

Everton do not have an out-and-out goal-scoring number nine in their squad. Hence, we have seen Richarlison play as a false-nine time and time again this season. Even though he has done well there, we can clearly see he is at his best on the left wing. 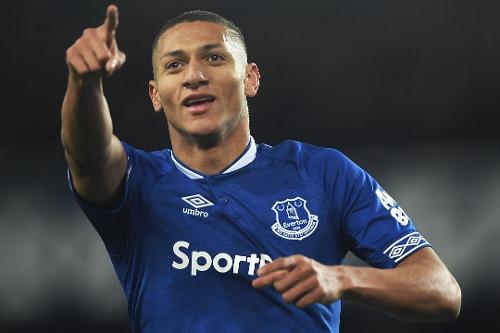 All in all, it is pretty evident that the 21-year-old is one of the most important players in the team who must not be sold.

Read More: Everton must surely give Marco Silva more time as he can take the Toffees to great heights – agreed?

If Everton are to make progress from next season onwards, they cannot let their best attacking talent leave. From Richarlison’s viewpoint, he is still only 21 and should give himself two to three years at Goodison Park before making a big move to a Champions League club.