According to a report from Liverpool Echo, Everton are set to battle it out with Valencia, Lazio and Marseille to sign Besiktas skipper Oguzhan Ozyakup in the summer. The Turkish international has previously been in England with Arsenal’s youth setup but he failed to make the cut into the senior side.

After not being able to impress Arsene Wenger to get a first-team role, Özyakup joined Turkish side Besiktas and has been an integral part of the Black and Whites, having played close to 250 games for them so far.

However, the 26-year-old has had a horrific last two years for them, having scored just once in 42 league games. His dip in form has forced him out of the starting eleven and he has only started 10 games this season. 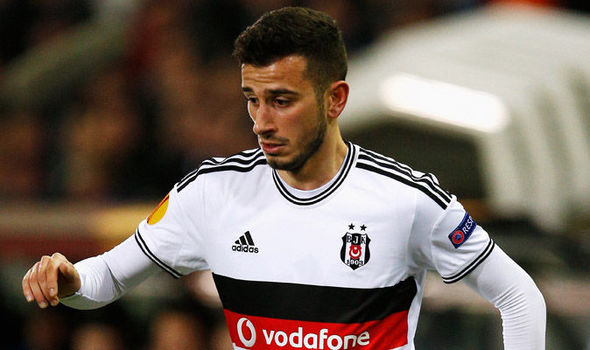 Ozyakup has clearly lost the manager’s trust at Besiktas where despite being the captain, he is barely used. A move away this summer looks likely but Everton’s interest in the Turk comes in as a huge shock.

The Toffees, after a brilliant end to the campaign in the Premier League, narrowly missed out on a place in the top seven. Marco Silva has slowly imposed his philosophy on his side, who now look a lot more balanced than they did at the start of the season.

The Toffees have lacked goals from their strikers this season but they have been compensated fairly through the contributions of Richarlison and Gylfi Sigurdsson.

Their midfield has been solid with Idrissa Gueye and Andre Gomes behind the Icelander but the Barcelona man’s future is still up in the air.

Everton should complete a permanent move for Gomes but if that fails, they will need a proper number 8 who can have a good impact both in the attack and in defence like Gomes has had for them this season.

Oguzhan Ozyakup is definitely not that player, considering how bad he has been over the last two years.

A player who has struggled to perform in a league far inferior to the Premier League will almost certainly struggle for the Toffees and signing him could prove to be one of the biggest transfer blunders that they have done in recent years.

Everton will be foolish to even consider a move for Oguzhan Ozyakup in the summer. The Turk has been a liability to Besiktas and he will only be worse for the Toffees if they sign him in the coming days.