As the game has evolved over the years, the importance of a wide player has increased year after year.

From being used for driving towards the by-line and whipping crosses in to cutting inwards and be a massive goal threat, wingers are at times more important than forwards in the modern game.

Two teams in the Premier League who have struggled with width this season are Everton and Leicester City. The Toffees were forced to move their star winger Richarlison up front while Leicester’s acquisition of Rachid Ghezzal has been a terrible flop.

One player teams should target this summer is Spartak Moscow’s Aleksandr Tashaev. A winger capable of playing on either wing is something both teams could do with at this stage and the Russian would be a brilliant addition. 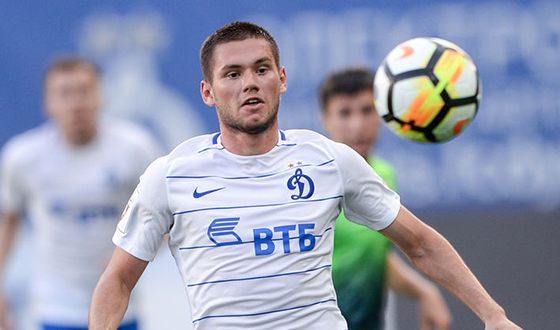 The 24-year old joined Spartak from rivals Dinamo after an impressive campaign in the Russian Premier League. The move hasn’t quite worked for the winger as he has only started 5 games so far for the Krasno Belye.

Tashaev, in that brilliant season with Dinamo Moscow, scored 7 goals and picked up 7 assists playing mainly on the left flank. His pace down the wing combined with his close control proved to be a real asset for Dinamo and played a massive role in the club finishing 8th in the league.

Tashaev possesses excellent control of the ball allows him to be really dangerous in the final third. Even when playing as a winger, the Russian tends to drift inside frequently and has a cannon of a right foot which enables him to score from distance.

The 24-year old’s runs to the far past are where he has scored the majority of his goals and his intelligence to occupy the space ahead of the covering defender is fantastic.

In his final season with Dinamo, Tashaev averaged 1.4 shots at goal, 1.9 key passes and 1.3 dribbles per game. He did his bit defensively too, averaging 2 tackles and 1.6 fouls per game. Passing is something Tashaev really needs to improve on as he barely averages 75% accuracy on the ball. (WhoScored)

Both Leicester and Everton need to sort their wide man problems ou in the summer and Aleksandr Tashaev would be a fabulous option for both teams. However, Tashaev’s natural style of occupying central roles even when starting out wide suits Marco Silva’s system brilliantly.

Tashaev drifting inside will open up a ton of space for the full-backs and the likes of Luca Digna and Seamus Coleman can exploit that to fantastic effect. Marco Silva and Everton should target the 24-year old in the summer and he would be a brilliant upgrade over Theo Walcott.