According to Liverpool Echo, Nikola Vlasic, who currently plies his trade with Russian outfit CSKA Moscow on loan from Everton, has attracted interest from Serie A clubs Inter Milan and AS Roma.

The 21-year-old was signed by former Everton manager Ronald Koeman in the summer of 2017 after the Croatian starlet shined for Hajduk Split against the Toffees in a Europa League playoff match.

Vlasic was loaned out to the Russian giants ahead of the ongoing season to allow him to continue his development in the right direction and the youngster has grabbed his opportunity with both hands, registering 5 goals and 2 assists in 15 appearances across all competitions.

Apart from his three goals and an assist in the Russian Premier League, the Croatian has risen to the occasion for CSKA Moscow in the UEFA Champions League as well. Vlasic scored the all-important winner as the Russians overturned the odds to beat Real Madrid 1-0, handing them a massive boost in their hopes of qualifying to the knockout rounds of the competition. In fact, the technically-gifted and tactically versatile Croatian starlet averages 2.3 shots and 3.5 key passes per game in the Champions League this season. He has also made eyeballs turn with his crisp and flawless passing in Europe’s premier club competition, averaging 38 passes per game with an accuracy of 85.5%.

Furthermore, he averages 2.8 dribbles, 1.8 crosses and 2 successful long balls per game in the Champions League, which clearly speaks volumes of the dynamism that he possesses in his repertoire of skills.

Essentially an attacking midfielder by trade, Vlasic is capable of operating as a creative playmaker behind the striker and also on either flank. The Croatian has also been used in a No.8 role and his ability to operate as a deep-lying playmaker and as a supporting striker makes him one of the most versatile youngsters in Europe. To put things into perspective, Everton should hold onto him at all costs. The Toffees have made a decent start to the season under new manager Marco Silva and they sit 6th in the Premier League standings with 22 points from 13 games.

Marco Silva has a plethora of attacking options in his ranks, including exciting youngsters like Ademola Lookman and Dominic Calvert-Lewin who are more than capable of making an impact as substitutes.

Gylfi Sigurdsson has been in terrific form for the Toffees this season, accumulating 5 goals and 2 assists and has lived up to his reputation as one of the mainstays of the team’s attack.

However, Everton do not have too many backup options for the No.10 role and might find themselves in a big hole should the Iceland international be sidelined with an injury. 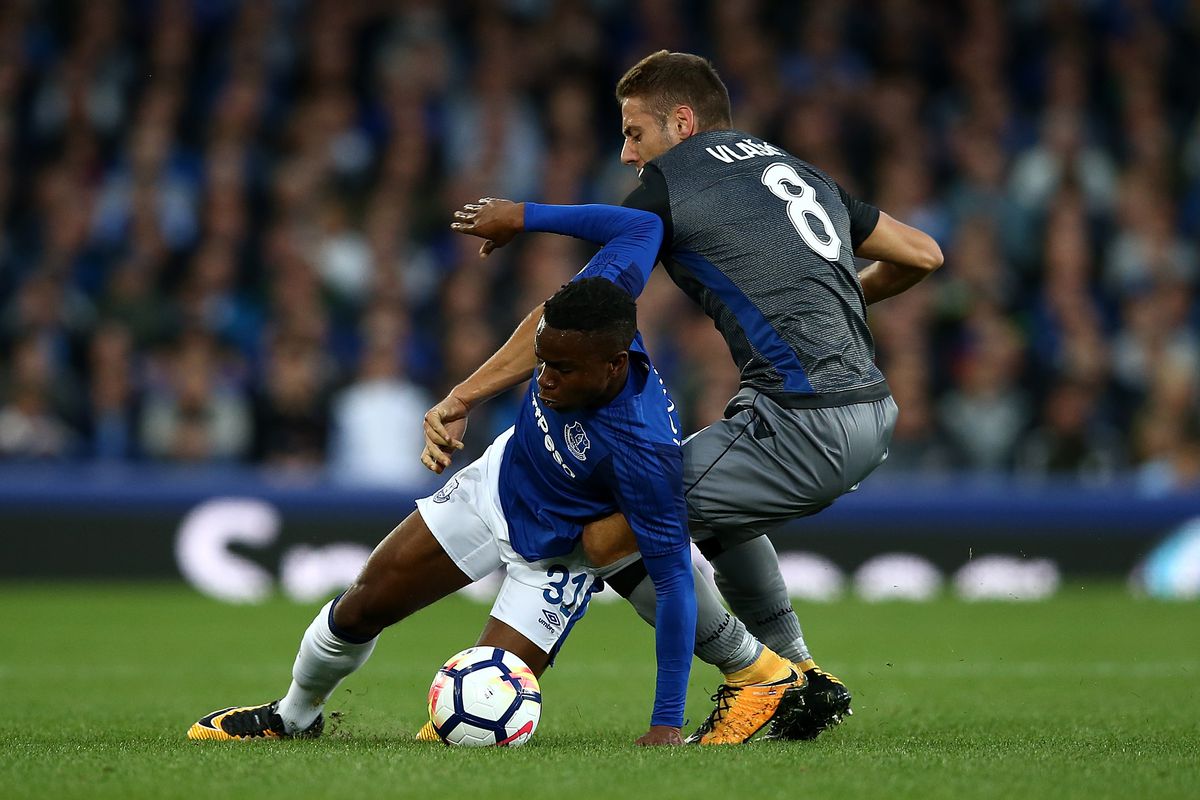 Read More: Everton should not hesitate to splash £20m to replace PL veteran who hasn’t impressed at all

Kieran Dowell is a possible replacement but he is still very young and hasn’t established himself at the Premier League level while Richarlison, Theo Walcott and Bernard are at their best when deployed in wide positions.

That said, Everton should keep hold of Vlasic amidst interest from the Serie A giants as he is a player with a massive potential. He has all the qualities to taste success in the Premier League.