Manchester United and Liverpool have a rivalry that has transcended the borders of both the cities. The Premier League rivalry between the clubs has always provided some interesting games and has also provided the fans with plenty to talk or boast about with their friends. This season, both teams made a number of changes to their squad but Liverpool have taken a head start against Manchester United and are currently fighting at the top of the table.

Though there are a number of top class performers in the team at Anfield, one player who has quietly done his job to great effect recently is the summer buy Joel Matip. Manchester United also added a centre back to their squad in Eric Bailly and here is a statistical comparison between the two players:

Bailly is a few years younger to Matip but the Manchester United man has shown no signs of any nerves playing for a club of United’s stature. The Liverpool man joined the side on a free transfer in the summer and he hardly had any pressure on his to deliver, which has helped his get used to the league and cement his place in the starting XI at Anfield. Bailly is also the first choice for Mourinho when fit and here is how they compare, 12 games into the season. 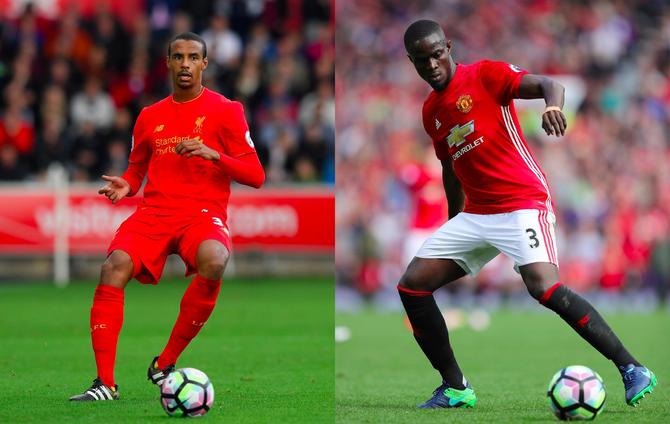 Matip has already opened his account this season with a thumping header in a thrilling win over Crystal Palace recently while Bailly is yet to hit the target. Both players are decent passers of the ball and the Manchester United defender slides past Matip with a pass completion rate of 89% compared to the 86% from Joel Matip. Matip has created a couple of chances and also has a couple of key passes to his name while Bailly is yet to help his side in attack.

The Cameroon international at Anfield has made merry at the back for a strong Liverpool side and has also helped them when in need. He is turning out to be the best bargain of the transfer window this summer and is turning into one of the best centre-backs in the league. Bailly, at his age, has adjusted to the league and has become a regular, but at the moment, the Liverpool man wins this battle by a margin.

Who do you think is a better player? Joel Matip or Eric Bailly?

Note: The article was written prior to GW 12