The January transfer Window saw 312 done deals with a total of £135,266,000 being spent over the course of 31 days. The busiest team in the transfer market was Colchester United who added 8 new players to their squad..The busiest day in the transfer Market was the Deadline day and the Biggest deal of the Window was that of Mario Balotelli from Manchester City to AC Milan with a reported fee of  £19m (Why always him !!!) But there are some exceptional buys which stand far above the rest. Here we look at the Top 5 buys of the Transfer Market ! 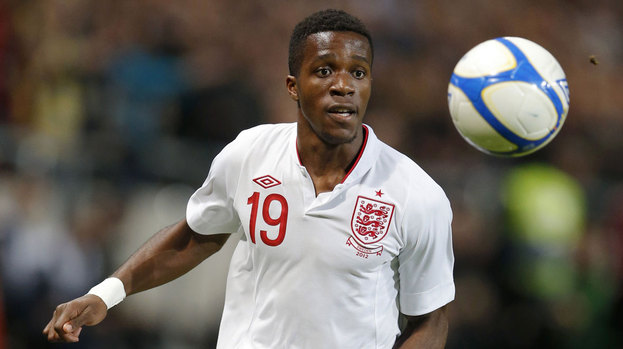 Dazet Wilfried Armel Zaha  was born on 10 November 1992 and is known to us as Wilfried Zaha was born in Abidjan, Ivory Coast and raised up in  Thornton Heath, Croydon.Rated as one of the brightest young talent in England, this man promises to be a brilliant buy for Manchester United. His pace,eye for goal and quick feet makes him really threatening and he can prove to be a headache for any defence when he gets going.

His exceptional performances were rewarded when he was called up to the senior team by manager Roy Hodgson for a friendly match against Sweden on 14 November 2012 where he came on as a substitute for fellow debutant Raheem Sterling in the 83rd minute. He was also tracked by Arsenal before Manchester United finally signed him. Sir Alex Ferguson said at his press Conference that new signing Wilfried Zaha has “potential” and “will enjoy coming to the club”. The 20-year-old winger has agreed a five-and-a-half-year deal , but will be loaned back to his current club Crystal Palace until the summer. Mario Barwuah Balotelli was born on 12 August 1990 in  Palermo, Sicily, and has been at the center of Controversy ever since he joined Inter in 2007. He joined Manchester City in August 2010, where his performances were always fluctuative and his off-field activities continued to be enigmatic and unpredictable. Also known as Super Mario, he earned his first cap for the Italy on 10 August 2010 in a friendly match against Cote ‘d Ivoire. He helped Manchester City to the Premier League title last season, but has managed only 3 goals in 20 matches this season and his relations with Roberto Mancini were not going well at all. Subsequently,Manchester City were willing to offload him in January and finally the 22-year-old agreed a four-and-a-half-year deal with AC Milan.The Italian club ‘s vice-president Adriano Galliani said:

“With his arrival, we have reinforced our team a lot. He’s a dream come true, wanted by AC Milan president Silvio Berlusconi and the club.

Super Mario is a brilliant talent if he keeps his emotions within himself and stays away from controversy !

Loic Remy was born on 2 January 1987 in  Rillieux-la-Pape, Rhone is a  French international footballer  who plays in the lead role of a striker and can also play on wings and as a second stiker.He was described by his former Manager as  “a young international who is fast and powerful with huge potential”. After his medical at Marseilee in 2010  the club ‘s president revealed that during the player’s physical, tests revealed that Remy suffered from a possible heart defect which still proves to be career threatening but you can never doubt his commitment on the field, he is lethal in the air and he has great feets as well and with his instincts, he is definitely going to have a successful English Premier League career ahead of him. 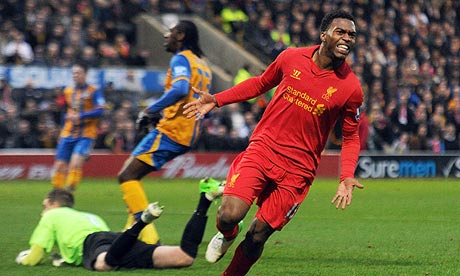 Daniel Andre Sturridge was born on  1 September 1989 in Birmingham is an English footballer who plays for as a forward. The England international joined the Reds on Jan. 2 from Chelsea and immediately began to win the supporters over with a goal on his debut against Mansfield Town in the FA Cup third round. His pairing with Luis Suarez is one to look out for. These to entertainers can trouble any defence on their day and this new signing is definitely going to strengthen Liverpool ‘s star studded team. Sturridge with his height, pace, movement, quick footwork and superb instincts is a brilliant striker to have in your team and he ‘s already won over the hearts of Liverpool fans with 3 goals from 5 appearances.

Demba Ba was born on 25 May 1985  in Sèvres, Hauts-de-Seine and  grew up in Saint-Valery-en-Caux, Seine-Maritime.He is a Senegalese footballer whose preferred  playing position is a striker. Ba caught the eye of the world in his last season .i.e in the 2011-12 season when he shined playing in the striker ‘s role for Newcastle.Alan Pardew ‘s guidance and Newcastle ‘s commendable performance last season helped him to improve and become a brilliant player as he is today. He was a constant source of goals for them and completely fulfilled his responsibilities and played to his potential. Ba was voted as the best signing of the 2011–12 season by Premier League managers in March 2012, and finished the season as Newcastle’s leading goal scorer, with 16 goals. Chelsea had been lacking in goals upfront with Fernando Torres going through a purple patch and with Ba ‘s arrival now Chelsea will be a force to reckon with.

His strength, heading ability, fine touches and movement makes him one of the best strikers in the premier league and with a price as less as £7m,any world class team would have bought him.On 4 January 2013, Ba joined Chelsea on a  three-and-a-half-year contract, becoming the first ever Senegalese player to join the club. He received the vacant number 29 shirt.Ba made his debut against Southampton in the third round of the FA Cup on 5 January. He marked his first appearance for the club by scoring two goals in a 5–1 victory for Chelsea. Since,then he has made 7 appearances for them and scored 3 goals !