He arrived at the Bridge amidst a lot of expectations. The way he began the season suggested that Chelsea would not miss Diego Costa after all but come May, Morata seems like a player on the edge of departing the club due to poor form.

When he made his celebrated £60million move to Stamford Bridge, much was expected from the Spaniard. Morata had just come off a Champions League and La Liga double-winning season with Madrid, scoring 20+ goals despite being a second-choice striker at the club.

His second stint with Los Blancos was short-lived but propelled him into the top pantheons of world strikers. Until his move to Chelsea.

To call Morata’s Chelsea stint a complete disaster would be an overkill. He started the season in brilliant fashion but tapered off after teams figured out his go-to option: the header. Defenders started staying closer to him and cut out crosses from the wings to the best of their abilities.

Of the 11 goals that Morata has scored in the Premier League this season, 7 have been with his head. The fact that he managed only one goal with his head in the second half of the season goes on to show the dip in form he has suffered.

It’s time to cash in

Chelsea could find themselves with a new manager next season, with Sarri rumoured to succeed Antonio Conte. One of his first moves will be to assess Chelsea’s forward options and Morata could be offloaded if Sarri prefers to not have him in the squad.

It is still a good time to cash in on whatever Chelsea can get for Morata, owing to his relatively young age and past performances for Juventus and Madrid.

Getting rid of Morata would free up wages for Chelsea to chase another striker who can fit in better in the league.

They have Olivier Giroud, who has stepped up since his move from Arsenal and an ideal forward who can do the running is what they will need. The supply is never out due to their vast attacking riches in the likes of Willian, Pedro and Hazard. 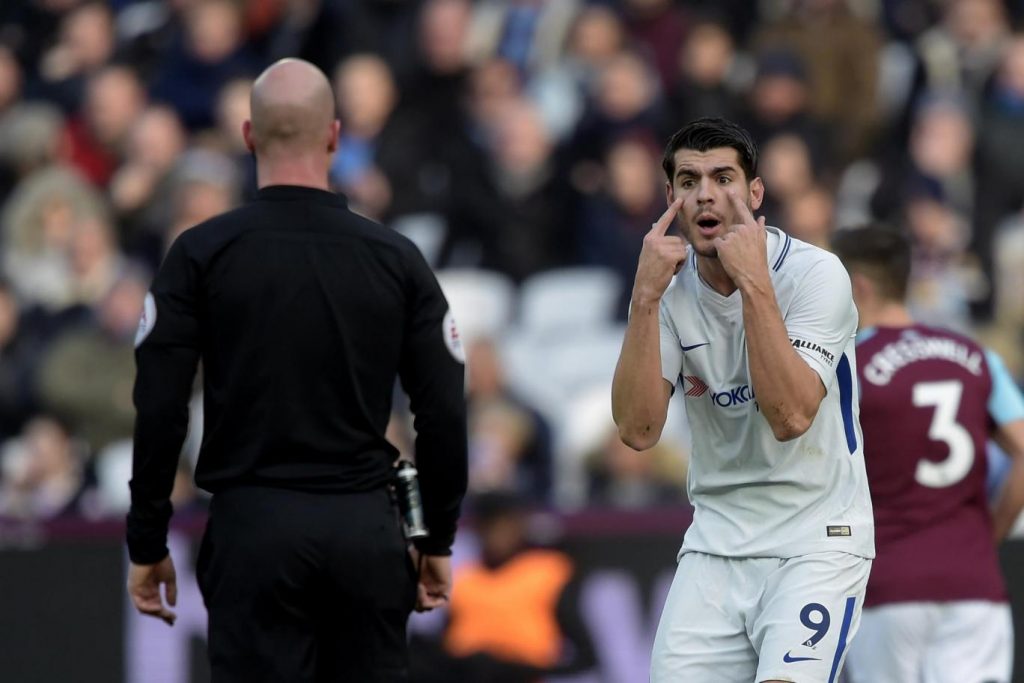 Morata can probably find a second wind with a move away from England. Not everyone is destined to succeed in the Premier League as players such as Diego Forlan found out.

Moving away from Chelsea could help him regain the cutting edge that made him a striker who single-handedly despatched Madrid with Juventus back in 2015.

Morata is, by no means, a bad player but playing for the wrong team has contributed more to his downfall than his own admission.