Enough is enough: Man United star Mkhitaryan should exit the club to join any of these 2 clubs

Henrikh Mkhitaryan has been linked with a Manchester United exit lately. All appeared rosy in the Mkhitaryan garden at the end of the 2016-17 campaign, as the £31.5m-rated midfielder added a Europa League winners’ medal to EFL Cup and Community Shield prizes.

A new season brought similar success, with a flurry of assists suggesting that the former Borussia Dortmund man has finally found his magic back and was becoming an integral part of Jose Mourinho’s plans. However, after a bright start, the Armenian has endured a troubled season, with manager Mourinho dropping him from the squad for lengthy spells.

The United manager is believed to be willing to sanction a sale and the midfielder – who he bought from Borussia Dortmund in 2016 – has been mooted as a possible makeweight in United’s move for Arsenal’s Alexis Sanchez.

Mourinho has previously questioned Mkhitaryan’s contribution and a return to Dortmund has been suggested as a possible solution. However, his wages at United would be a hurdle for most clubs interested in taking him and a move in the summer is seen as more likely.

With the Armenia international’s exit looking imminent, let us take a look at two possible destinations for the playmaker if he decides to leave Old Trafford.

Borussia Dortmund are likeliest to end Henrikh Mkhitaryan’s struggles at Manchester United, with the German club expressing an interest in bringing the playmaker back to his old club. The Armenian has fallen out of favour under Mourinho and it is understood that the United manager would now be willing to let him go for the right deal. Dortmund have so far shown the strongest interest. 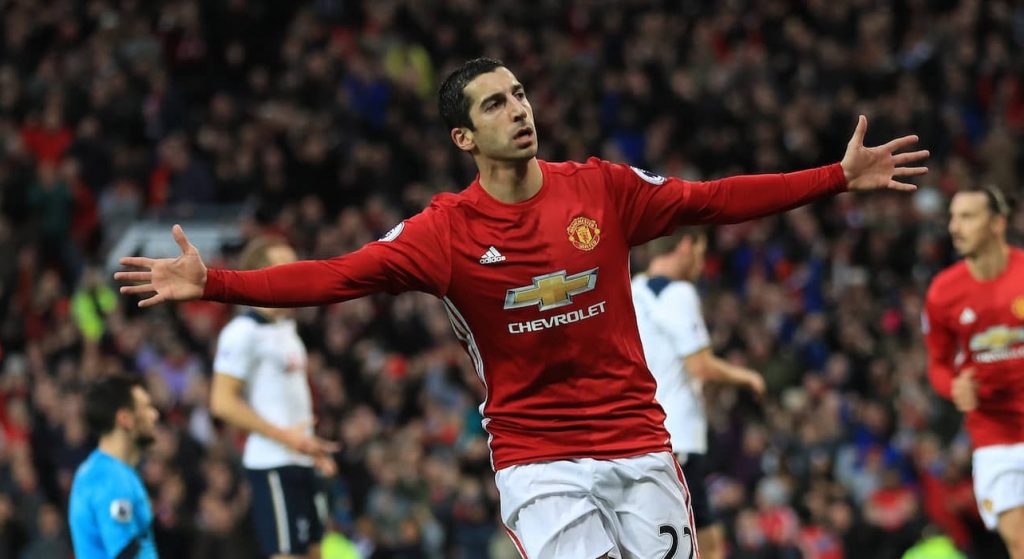 That stance would be in line with the Bundesliga club’s recruitment history as they have regularly shown a willingness to bring back former players who have struggled elsewhere, such as Mario Gotze, Nuri Sahin and former United playmaker Shinji Kagawa.

For me, a move back to Signal Iduna Park appears to be on the cards.

AC Milan are enduring a drab season despite spending enormous money in the transfer market. Vincenzo Montella has been sacked midway, with club legend Gennaro Gattuso taking temporary responsibilities to try and bring back the glory days of old. He certainly knows how it feels to be a winner, as he won the Champions League, Serie A and Copa Italia titles during his 13-year spell at the San Siro.

Milan have brought in almost a dozen players last summer but ideally, they lack a creative midfielder. Hakan Calhanoglu arrived at San Siro with big fame but has failed to live up to the expectations. So the club’s Chinese owners won’t have too much of problem if the manager wants to spend big on a playmaker the side is currently lacking.

Mkhitaryan fits the bill. His innovation, creativity and flair are what Milan are in dire need of. Also, the issue of hefty wages won’t be much of a problem for the Chinese owners.