On Sunday, Leeds United eventually managed to snatch an unlikely point at home to Bristol City having been 2-0 down in a disappointing performance. Paul Heckingbottom’s side eventually recorded a draw following goals from Pierre-Michel Lasogga and Kemar Roofe but some Leeds fans were furious with a couple of their players.

Having been booed off at half-time, certain players were the subject of plenty of negative online comments and the main focus for the boo-boys appeared to be midfielder Eunan O’Kane.

To be fair, the 27-year-old Ireland international, formerly of Torquay and Bournemouth, had an absolute shocker in the middle for the Whites and was eventually substituted in the 73rd minute, much to the delight of the frustrated home crowd and their online commentators.

In all honesty, when Leeds have Ronaldo Vieira, Kalvin Phillips or even Vurnon Anita fit, it seems weird that O’Kane is even near this team. As good a player as he is in the grand scheme of things, he’s not one who will directly influence an upward curve in Leeds’ form at this level.

His overall rating of 6.61 on whoscored.com and a pass completion rate of 78% is hardly inspiring for a central midfield player and one has to wonder whether he is confident enough to play at this level. 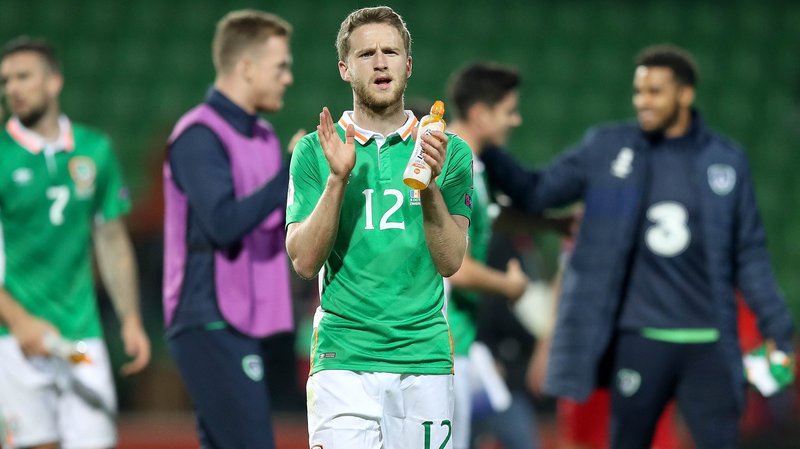 It’s to be noted that despite supplying three assists this season, he’s completed a remarkable 0.1 shots per game on average. Compare this with Kalvin Phillips’ 1.1 or Vieira’s 0.7 and we can see that his shot-shy style means he is even less likely to positively influence a game.

True, his starting position is quite deep but teams wishing to gain promotion must have forward-thinking, confident players in all areas.

For example, Wolves’ Ruben Neves starts very deep but averages 2.1 shots per game while Cardiff’s Joe Ralls has turned 1.6 shots per game into 7 goals this term. What makes this worse is that O’Kane is now 27 years of age, absolute peak age for a midfielder of his type, and should really be playing the best football of his career round about now.

Nobody wants to publicly bash a player if they can help it but equally, nobody is ever bigger than the club and in Leeds United’s case, they are a big club who want, expect and in fact need to be in the Premier League before long. Although it’s a brutal fact, players like Eunan O’Kane will not help them get there.