According to a report in Liverpool Echo, Turkish giants Besiktas have entered the race to sign Everton attacking midfielder Nikola Vlasic during this transfer window.

The Turkish side join CSKA Moscow and a host of other clubs in Europe who are keen to sign the 21-year-old. (h/t Liverpool Echo)

The player did spend this recently-concluded season on loan from Everton at CSKA, where he impressed many around with eight goals and five assists in all competitions, including a great goal against Real Madrid in the Champions League.

Currently, the Croatian international, who arrived at Everton back in 2017 for a fee around £10m (h/t BBC), has a contract at Goodison Park that runs until the summer of 2022.

Here’s why it would be good both for him and the Merseysiders to part ways on a permanent basis during this transfer window itself:

Manager and the player are not in sync

Nikola Vlasic is a quality player who can operate in various positions across the front line. Apart from his troublesome time at Everton during the 2017/18 season, he has shown his propensities while playing for other clubs.

Something hasn’t clicked for him at Merseyside, and manager Marco Silva, who arrived at the club last summer, made it clear that he can’t guarantee regular playing time for the 21-year-old. (h/t Liverpool Echo)

For that reason, he was sent on loan to CSKA Moscow, a club where he did well on a consistent basis.

Now, the Russian club, along with Besiktas and others are looking to sign him on a permanent basis. The Croat is himself ready to part ways with Everton. (h/t Liverpool Echo)

Hence, we can say that the faster this sale happens, the better it is for both parties. While the Toffees may get some cash to spend elsewhere from this, Vlasic would be relieved to be leaving a club where nothing worked for him. 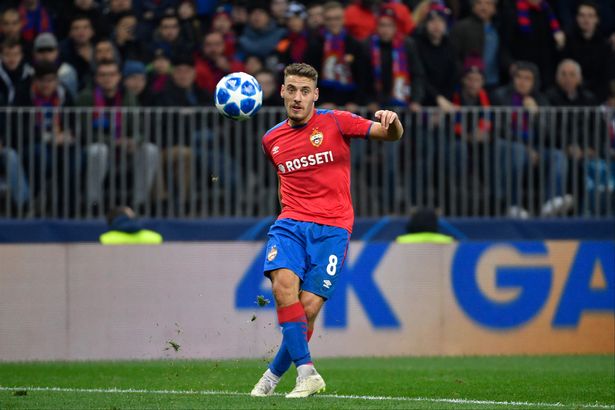 When the manager and the player are not in sync, the best solution is to part ways, especially when the latter isn’t an important player for the club.

Everton now need to make sure signings made this summer and in the future are done with care. Spending money on transfers and getting players without much idea of where he will fit is something that needs to be addressed at the club.