Why Stoke must offload Saido Berahino this summer

Stoke City striker Saido Berahino says he is looking to reignite his career and help the club win promotion back to the Premier League following relegation to the Championship last season.

Berahino, 24, who joined Stoke from West Bromwich Albion in January 2017, found himself embroiled in disciplinary issues last term, which led to former manager Paul Lambert removing him from the first-team squad.

The striker is suffering from a goal drought, having scored his last goal in a 3-2 victory over Crystal Palace in February 2016.

Regardless of Berahino’s intentions of staying at Stoke and reviving his career, new manager Gary Rowett must look to sell him this summer.

Berahino burst onto the scene for West Bromwich Albion during the 2014/15 season and was considered as one of the brightest young talents in England after a campaign of rich success and improvement. 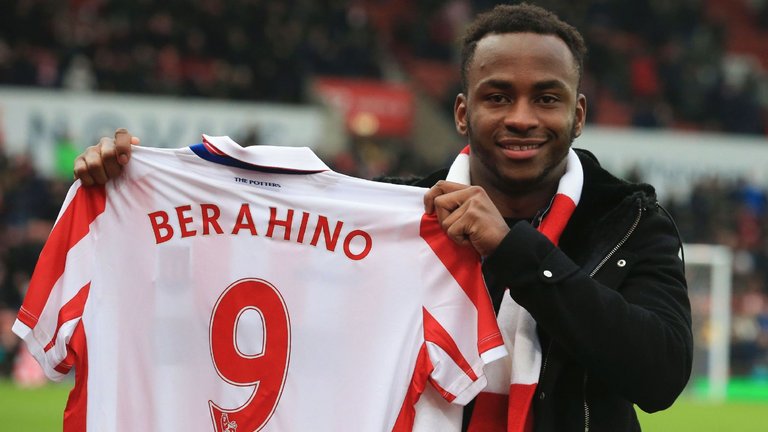 With explosive, pace, trickery and finishing, he scored 20 goals in all competitions in the 2014/15 season and looked an inch-perfect striker for English football. Such was Berahino’s impact that there was even muted talk of a potential England call-up.

In addition to that, Berahino offered very little in his final season at West Brom, lacking pace and composure in front of goal, with the striker missing several chances that he’d have been expected to finish.

In January 2017, West Brom sold Berahino to Stoke. The 24-year-old has failed to establish himself at Stoke in 18 months, failing to score a single goal for the club. It is a massive surprise just how much of a nosedive Berahino’s career has taken after such a promising start to life in the Premier League.

In Stoke colours, Berahino has proven to be a complete failure. The striker struggled for game time in the recently concluded campaign, which in turn, also affected his form. Even when he was given chances by former manager Mark Hughes, Berahino hardly contributed anything to the side.

His first touch was poor, his hold-up play wasn’t as good and he seemed to lack a yard of pace too. Above all, he also took three penalties and missed all of them!

It is an extraordinary drought for a player who caught the eye in England’s top-flight when he scored the winning goal for West Brom against Manchester United at Old Trafford in September 2013. But things have gone massively wrong for Berahino at Stoke as he has failed to live up to the billing.

Read more: Why Newcastle must fight hard to keep hold of their £15m magician amidst Stoke interest

Rowett’s arrival has presented Stoke with a brilliant opportunity to start afresh after getting relegated from the Premier League last season. And considering the mammoth task at hand, it is high time for Stoke to get rid of Berahino and pursue other strikers.

It is no coincidence that Tony Pulis, Mark Hughes and Paul Lambert all gave up on Berahino. Rowett, without any second thoughts, should sell him to recoup the £12m that Stoke paid West Brom in 2017.