On a buzzing Monday night in south London under the floodlights at Selhurst Park, Crystal Palace lost their first game of the season at the hands of Liverpool. Palace had a good control over the game before a debatable penalty saw them lose their way a bit. Then the game slipped away from the Eagles’ grasps after Aaron Wan-Bissaka was rightfully sent off in the second half before Sadio Mane completed the inevitable.

There were plenty of positives to take from the defeat, with Palace defending very well. Right-back Wan-Bissaka was enjoying an excellent game before his red card offence. Roy Hodgson’s men handed plenty of problems to Liverpool throughout the game but lacked the cutting edge.

While Wilfried Zaha and Andros Townsend did their best in stretching the visitors’ defence, Christian Benteke often cut a frustrated figure against his former employers. In fact, Benteke was not even given a yard of space by the commanding Virgil van Dijk as Liverpool kept their second clean sheet in as many games. 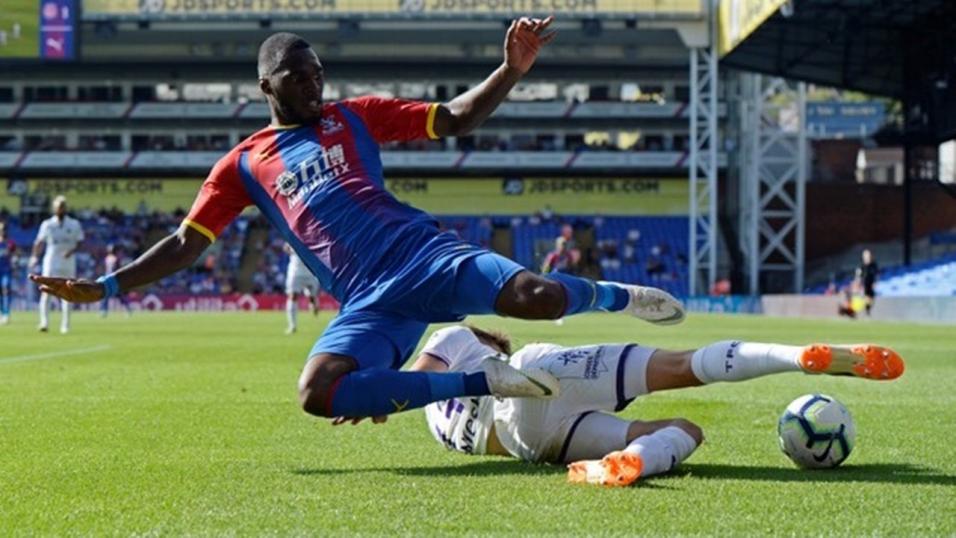 Benteke looked like a player lacking confidence, with his first touch often deserting him. It is understandable given the big Belgian has scored just three times since the beginning of last season — and only twice from open play. Yet, it wasn’t always like this. Back in his Aston Villa days, Benteke was a menace for the defenders due to his physical presence and aggressive nature, earning a reputation as one of the league’s most ruthless finishers.

The Belgian international’s goalscoring exploits at Villa earned him a big-money move to Anfield as Liverpool signed him in 2015. But after a year which saw Benteke blow hot and cold, Jurgen Klopp’s plans, he was happily sold by Liverpool when Crystal Palace came calling for his services.

However, Benteke has never been the same player since. On Monday, he endured another poor game when Palace needed him to mount significant pressure on the Liverpool backline. Instead, the excellent Van Dijk barely broke out a sweat and kept Benteke at bay.

A few minutes before his substitution, Benteke worked his way to the visitors’ box but fired despairingly off target from the edge of the box towards the Palace supporters, who cheered on sympathetically. Benteke was substituted in the 70th minute which brought an end to another frustrating performance from the towering Belgian, but how long can Hodgson and the Palace supporters remain patient with him?

Benteke hardly had any competition last season but times have changed. Alexander Sorloth, a £9m January signing from FC Midtjylland, is waiting in the wings and made a significant impact after coming off the bench against Liverpool.

Sorloth is yet to open his Palace account but the difference he made against the Reds was clearly noticeable. Also, Jordan Ayew, signed from Swansea City on loan on the transfer deadline day, is patiently waiting for his chance.

With a couple of games on the horizon before the first international break, Hodgson has a big decision to make. Stick with Benteke and expect him to get back his lost mojo or hand either Sorloth and Ayew a start.

Benteke cannot be written off straight away but if he fails to perform in the next two games for Palace, Hodgson must act.