Liverpool have looked like a new and improved team this season with the new additions that Jurgen Klopp has been able to make over the summer transfer window. Fabinho and Naby Keita have been superb since they were integrated into the side. Added to Xherdan Shaqiri who has already become a cult hero at Anfield, this team looks like a complete product.

What this means though is limited playing time for Liverpool’s experienced midfielders Jordan Henderson and James Milner. While Georginio Wijnaldum has developed into an integral part of the Merseyside outfit as well, Klopp is able to rotate between these players based on the competition they are facing on any given day. 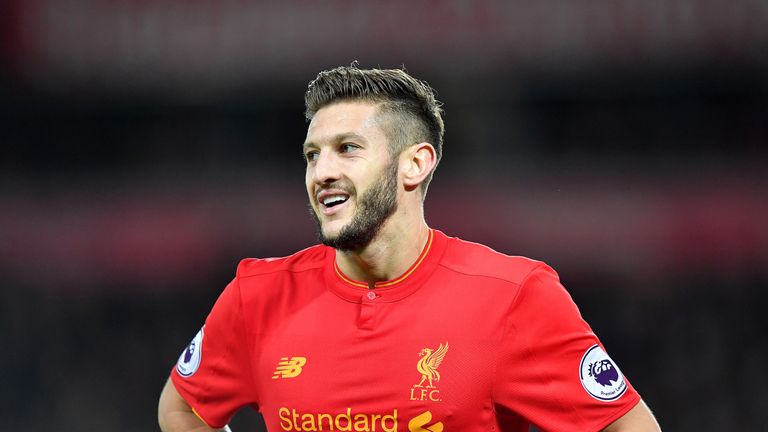 What all of this means for the unfortunately forgotten England midfielder Adam Lallana is that he is unable to get any minutes at all in a team that is stacked with quality from top to bottom. He has only made 6 appearances in the league so far this term with 4 of them coming off the bench.

He returned from a groin injury a week into October after which he has featured 5 times in the league. His gradual omission from the Liverpool side could be credited to the multiple hamstring issues he has faced over the course of the last 3 seasons.

But where it all really went wrong for him was right at the start of last season when he picked up a hamstring knock and ended up missing almost 4 months of action. When he returned his regular spot had been taken over and while he did work towards regaining his starting role, he picked up another hamstring injury in March, which kept him out for most of the season.

Still only 30, Adam Lallana has a lot more to offer. His quality is undoubted which is why he is still at the club that is overloaded with central midfield players. He would be a great addition to most Premier League sides and if he were to look for a new club, there would absolutely be no shortage of suitors.

While he would obviously prefer to stay in England and continue in the fashion he performed for both Liverpool and Southampton, if a move abroad were to offer more playing time and opportunity, Lallana should be looking to take it.

Reports from Turkish outlet Fotomac are suggesting that Fenerbahce are interested in the midfielder. With Liverpool currently, 4 points clear at the top of the table, the long-awaited Premier League title is within their grasp and in such a situation, it is unlikely that Klopp will look to change plans and bring Lallana back into the squad. While it’s been a wonderful journey for both parties, now is the right time for Liverpool to cash in on a still rather valuable Adam Lallana.