According to Italian publication Calcio Mercato, Serie A side Fiorentina are interested in signing Cenk Tosun in the upcoming transfer window. Everton should try and recoup as much of the £27 million that they paid for Tosun a year and a half ago.

Everton made a huge statement of intent in last season’s winter transfer window when they spent big money to bring in Cenk Tosun from Besiktas. The then 26-year-old was brought in to solve Everton’s problems in front of goal but things haven’t quite gone to plan.

Tosun showed the Everton fans what he is capable of in March last year when he scored 4 goals in 3 games but the Turk has since scored just three times in the Premier League in over 13 months.

His poor form has forced Marco Silva to play Richarlison up front and the move has paid its rewards. The Brazilian has scored 13 times so far in the Premier League and has been one of the biggest reasons why Everton are 7th in the table.

Everton have also been heavily linked with Ajax’s David Neres and Birmingham City’s Che Adams in recent weeks, who are both considerably better than Everton’s forwards and Silva should make the decision of who to let go in the summer.

With Dominic Calvert-Lewin showing huge signs of improvements over the last few weeks, Tosun will need to be the one to make way for a new forward. 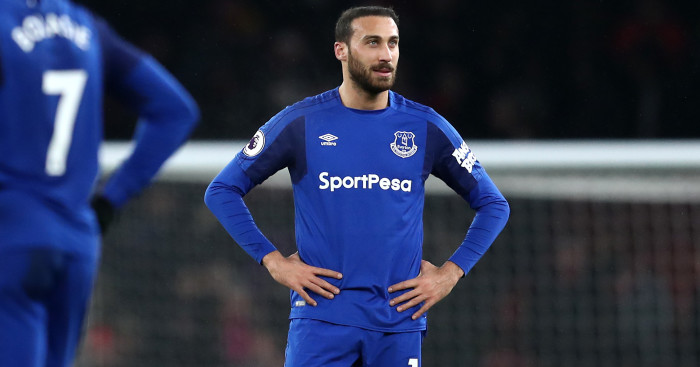 Everton, with the money they will get from selling Tosun, must add a new striker who will provide them with enough goals to achieve their European ambitions next season.

The Toffees have a massive chance to make it into the qualifying rounds of the Europa League next season and they will need a player who produces more goals than Tosun has since his arrival.

Everton’s need for a new striker in the summer has been overly evident this season and in order to bring in one, they will have to sell one. Cenk Tosun has clearly failed to produce the number of goals that Everton need and the Toffees should let him go.

Marco Silva’s side should use the money to fund a move for someone like David Neres or Che Adams, both of whom have had brilliant seasons for their respective clubs.