Why Arsenal should sell David Ospina to Boca Juniors this summer

As per reports, Boca Juniors are targeting Arsenal goalkeeper David Ospina. The Argentinian giants are keen on Ospina, who is valued at £6m by Arsenal.

Ospina has two years left on his current deal but Arsenal are ready to let him go following the arrival of Bernd Leno.

The 29-year-old had a fine World Cup, although Colombia were knocked out of the competition in the quarter-final stage by England. Ospina’s agent insisted he had enjoyed a brilliant tournament in Russia and revealed that his client was unhappy at Arsenal.

One of the positions that Arsenal apparently needed to address heading into this summer was a goalkeeper. Petr Cech is past his prime and is declining with every passing season, Ospina was Cech’s deputy and Matt Macey remains an untamed talent.

New manager Unai Emery walked in and has prioritised strengthening Arsenal’s defence, a move in the right direction for rebuilding the squad. Emery has also signed a new goalkeeper in Bernd Leno from Bayer Leverkusen to sort out his goalkeeping conundrum.

Leno arrives at Arsenal with a reputation of being one of the finest goalkeepers in the Bundesliga. The German is expected to be the Gunners’ first-choice between the sticks ahead of Cech and Ospina.

Cech had a calamitous season last time out, committing a number of high-profile errors. He never looked inspiring in goal. And while he is surely past his prime years, the veteran shot-stopper probably is staying put at the Emirates and should act as a back-up for Leno next season. 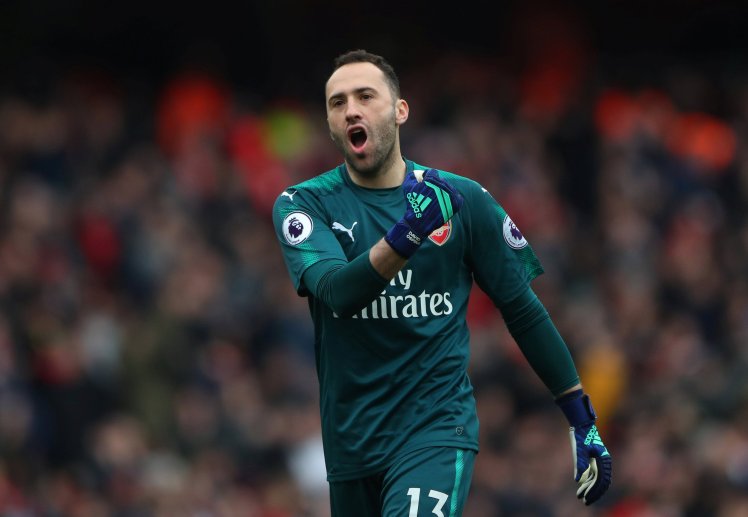 So where does that leave Ospina at Arsenal? Simply put, his time is over at the Emirates. Despite his mistakes against Paraguay and Peru in the latter part of 2017, Ospina’s place in the Colombian team has rarely come under any threat. However, his prospects in north London now appear far bleaker with the arrival of a new, young and ball-playing goalkeeper.

Ospina has been the reserve goalkeeper ever since Petr Cech was signed by the Gunners in the summer of 2015. The Colombian, while talented and agile, especially when it comes to shot-stopping abilities, lacks the imposing and calming presence that is needed at the back.

He got a chance to stake his claim as the Gunners’ first choice goalkeeper following Cech’s disastrous mistakes in the Premier League last term but he failed to grab the opportunity with both the hands, meaning he spent another season being the Czech Republican’s understudy.

Read more: 3 reasons why moving to West Ham was the best thing to happen for this left-footed magician

At 29, Ospina has the potential to get better but currently, he finds himself low down the pecking order. The Colombian, for all the talent and potential he possesses, in fact, remains an inconsistent goalkeeper and it is the perfect time for the Gunners to offload him.