Why Bournemouth should let Lys Mousset move on in January

Lys Mousset, 22, arrived with great promise during the summer of 2016 from AC Le Havre. In fact, many Bournemouth fans believed he could be their next great thing. But things just haven’t worked out for either side, with Mousset now subject to interest from all over the world.

Sky Sports has revealed that Fulham are among his top suitors and so are OGC Nice, according to French news outlet Get French Football. With the Ligue 1 side losing former Manchester City Mario Balotelli to Marseille, manager Patrick Viera could sign Mousset to effectively replace the 28-year-old hitman. This, among many other reasons, is exactly why the Cherries should let Mousset go.

The 22-year-old has failed to impress since his move to the Vitality Stadium, scoring just 4 goals in 62 appearances, albeit a vast majority have been off the bench. Callum Wilson’s unprecedented rise and Joshua King’s work-rate has restricted Mousset to warming the bench so far this season. But that may not change going forward and while the Frenchman can play across the front-line, he will still get few opportunities. 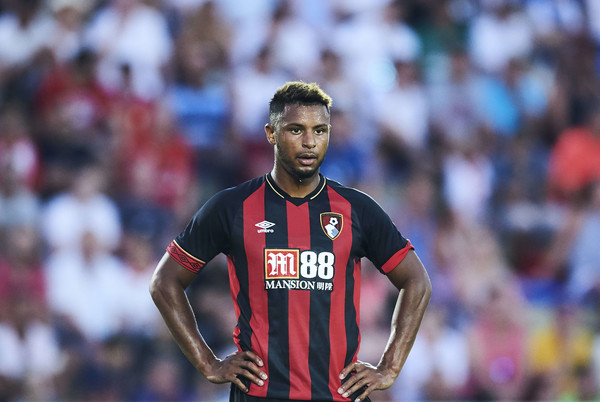 Both Ryan Fraser and David Brooks have been revelations this season and are among Bournemouth’s best players, which is why neither star will be dropped unless a major injury affects them.

In the long-run, Lys Mousset will neither get the required game time to improve nor grow in the near future, thus stagnating his development. Keeping that in mind and the interest from Fulham and OGC Nice, the Cherries should consider making a deal.

For Mousset, on the other hand, a move is clearly the best option and given his current status in Eddie Howe’s side, things may not get better.

So far, the 22-year-old has made 19 appearance which includes 15 appearances off the bench, with an average of 9-10 minutes a game. For any ambitious and developing footballer, this is not good news and things will only get worse going forward.

With the January window open, both sides need to consider the future and possibly make a move before the window closes. Even a loan move would be a great option, as it will allow Lys Mousset to stretch his legs and do more than warming the bench for 80 minutes a match.