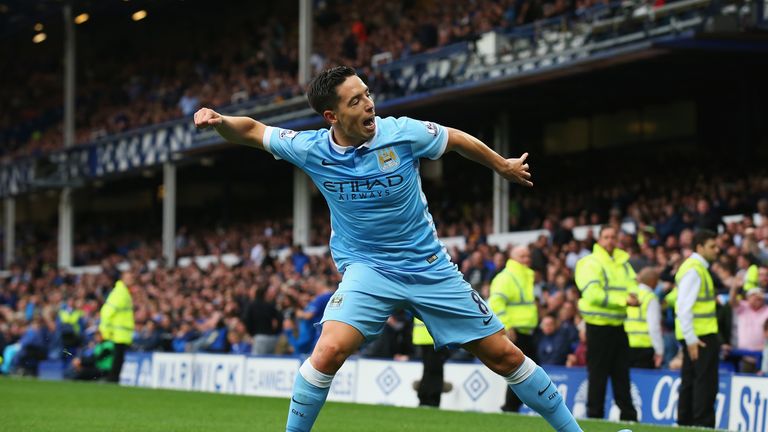 Guardiola’s arrival at the Etihad triggered the temporary exit of ex-France international and Manchester City midfielder Samir Nasri, with him making a switch to Sevilla on a season-long loan. Doubts abound if the 29-year-old still has any future at the Premier League club, though.

The former Arsenal playmaker has been in fine form under Jorge Sampaoli at the Ramón Sánchez Pizjuán Stadium, becoming an integral part of the setup and making 12 appearances across the La Liga and Champions League thus far.

Nasri’s new-found fitness and brilliance has attracted Serie A giants Inter Milan and AC Milan, both of whom are keen on landing the French midfielder come summer 2017.

While Nasri has gone on to become the fine player he once used to be at Sevilla, a return to the Etihad just doesn’t seem to be in the offing, and parting ways with him on a permanent basis at the end of his loan term is the best bet for Guardiola.

Here are 3 reasons why:

Of the departments Manchester City direly need additional players and quality depth, the midfield and attack are the least concerned.

At Sevilla, he has excelled mainly in midfield, while also playing once in the attack. Guardiola has a plethora of talented midfielders and attackers under him, with some still struggling to play regular football.

In the event Nasri returns to the Etihad, Pep definitely won’t be able to guarantee the French star regular playing time, as the situation would be just like it was at the beginning of the season.

Nasri brings quality and experience on board no doubt, but he isn’t just a player Manchester City really need anytime from now.

Silva, De Bruyne, Gundogan, Sane, Navas, Sterling and Nolito are more than enough quality options within the City’s rank. The squad can do with 1 or 2 full-backs and centre-halves but not another attacker of Nasri’s status. He isn’t just needed any longer as he is now surplus to requirements.

He clearly isn’t in Pep’s plans

Guardiola made it clear who was and who wasn’t going to be part of his plans upon arriving during the off-season. He has clearly had to manage with some of the players under him, as they just don’t have enough of the qualities to play the pattern of the Catalan.

Nasri wasn’t even given a chance for a place on the bench as the player himself also was against not getting to play regularly. It’s not a question of his quality or professionalism, it’s about him not fitting into the blueprint.

The loan term is just a decoy of what the real deal is; he doesn’t belong to Manchester City anymore, and no matter how impressive he turns out to be at the La Liga, nothing changes. Nasri just isn’t a part of the plans, so it doesn’t make sense not to sell him come summer.

Both have clashing personalities

Pep is known for his many rules and demands. From banning sex after midnight, placing restrictions on certain foods, switching off the Wi-Fi inside the training ground facilities, to stipulating a level of weight required to qualify to train with the squad, the erstwhile Bayern Munich manager has put down a long list of rules to abide with at the Etihad.

Nasri clearly isn’t able to obey these “commandments” and there is that high probably both clash if they work together. Their egos contrast a whole lot, and for peace sake, a permanent release of the player would be in the best interest of every party involved.