According to the Sun, Arsenal are interested in signing Algerian international defender Aissa Mandi from Real Betis, with manager Unai Emery on the lookout for defensive reinforcements. The report claims that Mandi, who is contracted to his current club until 2021, has a release clause of £27million in his contract.

Arsenal are currently in the transfer market for loan signings only, with the Gunners short of funds to pull off transfers in the mid-season trading period (h/t Sun).

Arsenal have had a tough time contending with injuries to several key players at the back, with Hector Bellerin and Rob Holding both ruled out for the season. Rendered helpless by the injury crisis at the back, Emery has been forced to field Granit Xhaka at centre-back and left-back positions to cover the absentees.

Ainsley Maitland-Niles has often been used at full-back to fill in for Bellerin and Nacho Monreal, both of whom have spent plenty of time on the sidelines. 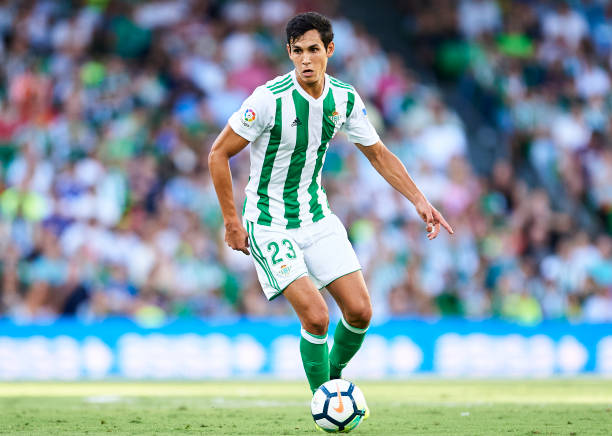 The Gunners are currently placed 5th in the standings, having closed the gap on 4th-placed Chelsea to just 3 points with the 2-0 victory over the Blues last week. As things stand, Arsenal’s top-four hopes hang in the balance and the Gunners just cannot afford to find themselves short of options at the back heading into the crunch period of the season.

To put things into perspective, a versatile defender like Aissa Mandi would be a wonderful signing for Arsenal in January. And the Gunners should not hesitate to offload some of their out of favour stars to fund a move for the 27-year-old Algerian defensive wall.

One of the stars of Algeria’s 2014 World Cup campaign, Mandi spent seven seasons at Ligue 1 club Reims, accumulating 14 goals and 11 assists from 169 appearances across competitions. He made a move to La Liga club Real Betis and has done equally well in the Spanish top-flight.

Mandi is a versatile defensive asset who is capable of playing anywhere in the back-line. While he has the pace, agility and the drive of a full-back, he also has the physicality, composure and the positional awareness of a central defender, making him good utility player at the back.

Read More: Who is this 24-year-old Belgian eager to switch to the Premier League with Arsenal? All you need to know

He played as a full-back during his time at Reims but he has been used in a central role in the La Liga. Furthermore, he is known for his tackling and ball-playing abilities, attributes which should make him a perfect fit for Emery’s philosophy that necessitates the defenders to play out from the back.

Mandi has shown enough promise to take the next big step in his career and Arsenal should leave no stone unturned in their efforts to bring him to the club before the deadline day.