In the summer of 2017, Chelsea fans had a lot to celebrate. They had just been crowned as Premier League champions and Antonio Conte was being hailed as a saviour. He had taken over from Mourinho after Chelsea suffered a terrible season under the Portuguese and managed to bring them the title in his first attempt in charge.

With the Manchester clubs re-building after the season, Chelsea knew that they had to delve into the market and make a few purchases to shore up their midfield and attacking options, especially with the departures of Matic and Costa.

Alvaro Morata was brought in along with Tiemoue Bakayoko and it seemed like the two were good answers to Chelsea’s long-term problems. Morata was the ideal replacement for Costa, owing to his pace, finishing and heading ability and even had a better temperament than the Brazilian.

Bakayoko was an enforcer, who was supposed to be an upgrade on Matic as he dominated midfield battles at Monaco during a surprise run to the Champions League semi-final in 2017.

Nine months forward and it’s all gone horribly wrong for the blues. They sit 5th in the league table with almost no guarantee of Champions League football for next season and their star signings faded away after a bright start to the season.

Radja Nainggolan could be the answer

In all honesty, Bakayoko was not the first choice for Conte when he wanted to replace Matic. He did want the eccentric Belgian powerhouse but a series of events, including Nainggolan’s refusal to depart Roma and Abramovich’s unwillingness to part with a huge amount of money for the player resulted in that move hitting a dead end.

This next season, however, is when Conte could try once again. Nainggolan is in the semifinals of the Champions League with Roma but could drop out after the fixture versus Liverpool. Conte needs to get Nainggolan because he offers a better option than Bakayoko for a variety of reasons.

The 29-year-old Belgian is much more experienced than Bakayoko and will be able to soak up pressure better than the Frenchman. 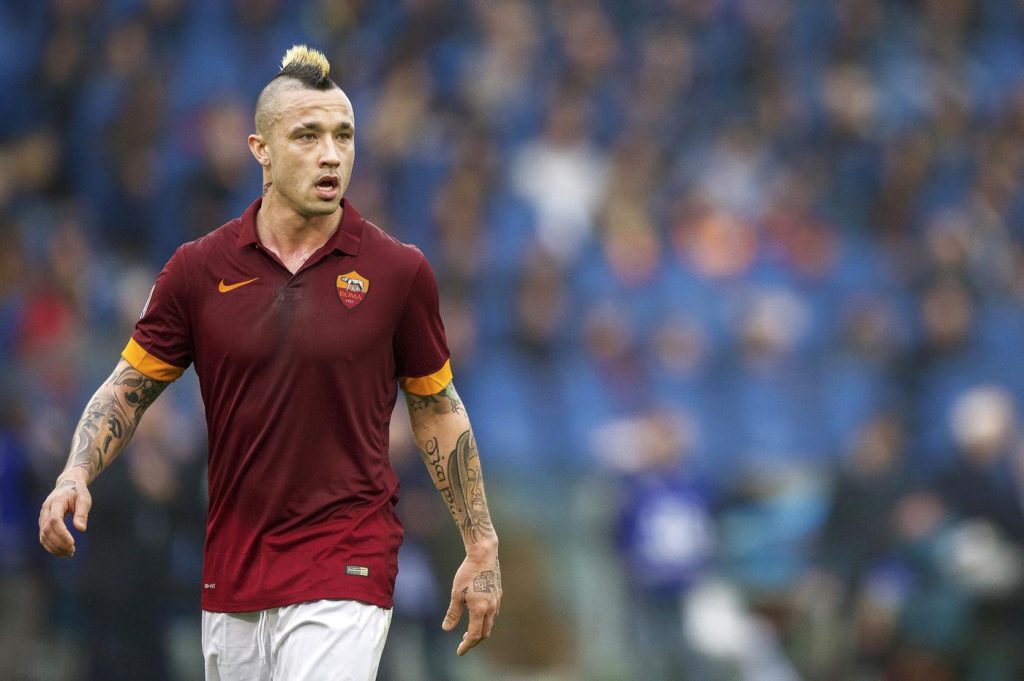 Nainggolan has a great through ball and this could prove to be an advantage considering Chelsea’s troubles in front of goal this season.

Also, his tackles per game is at a healthy 1.4 – 1.8, meaning he will be able to take up more defensive responsibility that would otherwise be taken up by Kante. Bakayoko’s numbers have been terrible. He commits close to 1.7 fouls per game and only 1 dribble on average.

Nainggolan will be able to quell any pressure from counter-attacking teams and his combination with Kante could actually prove to be a masterclass owing to their energy levels. Bakayoko should get some experience and regular playing time before he can fight himself back to contention at Chelsea.