After leaving Al Wasl in 2012, its been a while since Diego Maradona was on the news. However, here is the famous Argentine back to the lime light as he threatens to shot down a bowling alley back in Buenos Aires.  It was 7am and Maradona who was accompanied by his 22-year-old fiancee Rocio Olivera wanted the party to continue and when the owner refused to continue to play music, things got ugly.

Quoted by the Dirty Tackle:

Accompanied by his 22-year-old fiance, Rocio Olivera, Maradona asked the club owner for just another half hour of sweet party jams. When the owner declined, Maradona said, “If you do not play more music, I’ll have [Argentina secretary of commerce Guillermo] Moreno close this place because Moreno is with me and you’ll suck ****.” Unbeknownst to Maradona at the time, he was being filmed while he made these threats

Watch this video taped by some gentleman which went viral over the past couple of days.

Apart from that, there are also pictures that have emerged with Maradona trying to balance a glass of beer on his head. 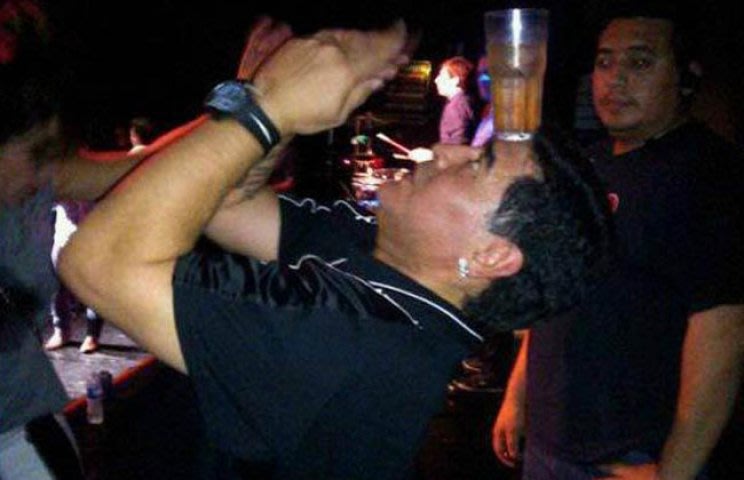