With Newcastle United very certain to retain their top-flight status, the focus must now shift towards this summer’s transfer window.

Rafael Benitez will be keen on strengthening his squad, with his priority expected to be signing those players who can improve the current squad.

Here we bring you a dream Newcastle lineup for 2018/19 season.

Dubravka has been a steady performer between the sticks for Newcastle since arriving on loan from Sparta Prague in January. Without thinking much, the Magpies should make the goalkeeper’s deal a permanent one in the summer.

Yedlin has been an assuring presence at the right-back and should keep his place in the starting XI next season.

Lascelles has been one of the best centre-backs in the league and he is sure to retain his spot next season.

Partnering him at the heart of the defence should be Lejeune, who, barring a couple of lackadaisical performances, has been good for the Magpies.

Kenedy has brought a new attacking threat to the Newcastle side which was missing previously. While he has been deployed at left-wing, the 22-year-old Brazilian should actually start in a defensive role.

No matter what happens in the last few games, Benitez should try everything to make Kenedy’s loan deal permanent at the end of the season.

Shelvey controls the midfield area and is a big player for the Magpies. He is a very good passer of the ball, makes interceptions and is capable of scoring scorchers.

Diame has emerged as a solid defensive outlet in midfield this season. With his strength and energy, the Senegalese has put in some good displays and also has popped up with the odd goal.

Ritchie has been one of Newcastle’s most creative players and will be deployed in the same role next season.

A summer acquisition from Norwich, Murphy is yet to hit the ground running for the Magpies. After a difficult start to life at Tyneside, he should come better next season. 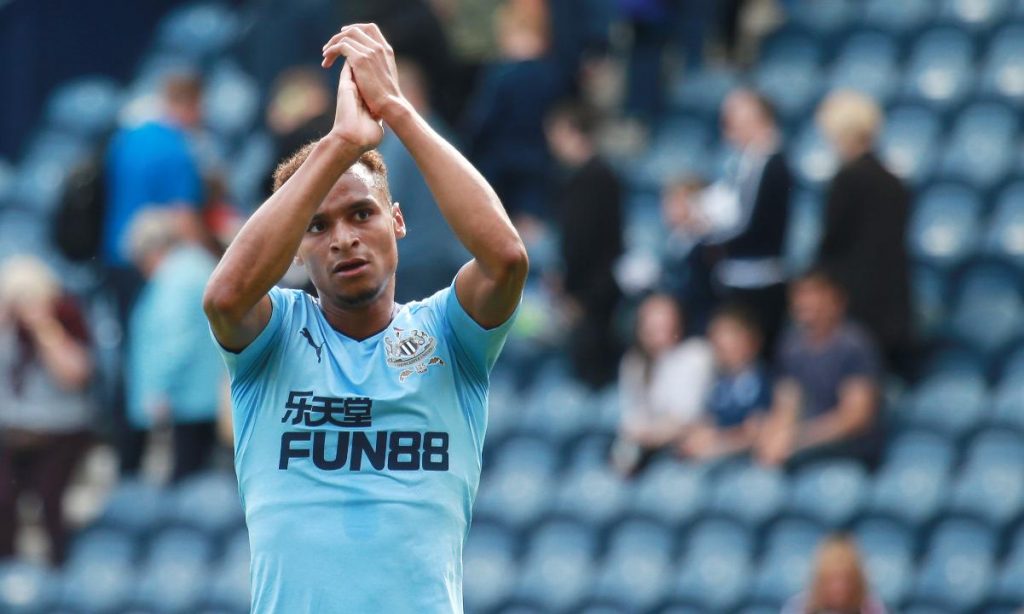 Perez is a tenacious player with solid vision. He generally starts behind the striker and supplies the goods. The Spaniard has improved leaps and bounds this season but one has to wait and watch how he performs next campaign.

Due to injuries, Slimani has failed to deliver at Newcastle. It is far more uncertain as to whether Newcastle will try and turn Slimani’s move into a permanent deal.

However, going by the kind of impact he made against Arsenal, Benitez should look to secure his services for next season as well.