Aitor Karanka’s Middlesbrough side managed to hold on to a point at the Emirates against an inform Arsenal side who found it hard to break the defense of the visitors. The likes of Alexis Sanchez, Theo Walcott and Lucas Perez in the second half came close to breaking the deadlock but Boro managed to hold on to a well-deserved point after keeping Arsenal’s flowing attack from scoring at home. There was plenty of action on the afternoon but the Gunners’ 8 match winning streak came to a halt this weekend. Here is how the Arsenal players fared in this game:

Here is how the Arsenal players fared in this game:

An easy night without too much of pressure on the Arsenal goal as Petr Cech kept to his task and kept a clean sheet on the night. Made one decisive save from Ramirez’s head, though. Besides that, he also covered Koscielny’s fault by denying Traore’s attempt

Was a decent outlet in attack most time during the game but Bellerin did not manage to provide the kind of service expected from him from the flank.

A solid performance at the back from the Frenchman who dominated the game and made a number of interceptions from the back to keep Arsenal on the front foot for most of the game. Was caught up by Traore in the first half, but thanks to the brilliance of Cech, the net remained fresh.

Showed his confidence and strength in front of goal as he managed to keep Boro away from danger throughout the game. Good game by the former Valencia man against Negredo.

Put in a decent shift on the flank at the back as he managed to give his side some width in attack while also sitting back and staying strong at the back for the few times he was needed.

Nothing extraordinary in the middle of the park but Coquelin managed to keep the Gunners’ midfield rolling. Could have done better to open up the Riverside outfit on the night.

Injuries to key players in the midfield saw El Neny get his chance in the midfield and he had a decent outing at the Emirates but failed to have an impact in the final third.

Not his usual self on the night for the Gunners, Ozil showed signs of his form but was not consistent enough to break open the defense of the visitors on the night.

Showed some sparkling feet throughout the game as his bursts of pace took him past opponents with ease. But failed to find the back of the net even after creating a few half-chances for himself. 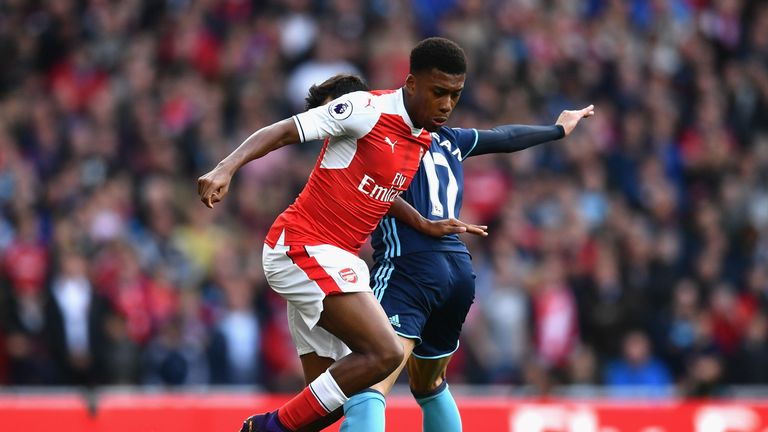 Impressive displays in recent times have given Iwobi an extended run in the squad early this season but he was not able to provide the spark needed for Arsenal to take maximum points from this game.

The Chilean tried hard all night dropping deep when needed and providing the focal point in attack but was just not able to link up well enough with his teammates to break the deadlock on the night.

Came in with just over 20 minutes to play but was not able to influence the game as his manager wanted him to. Gave away the ball in more than one promising situation at the fag end of the game.

Tried to use his pace and trickery in the final phase of the game but Boro were too strongly settled to give him anytime and space on the ball to affect the scoreline.