Why Steven Gerrard must start Glenn Middleton regularly at Rangers

Glenn Middleton is enjoying a brilliant breakout season at Rangers under manager Steven Gerrard. The 18-year-old came off the bench against Villarreal in the Europa League on Thursday and provided Rangers with the cutting edge in the final third that they were sorely lacking in their play.

Middleton’s impact was visible as Rangers clinched a point in Spain with a 2-2 away draw in their first group stage match of the Europa League season.

Middleton demonstrated his dribbling skills, raw pace and trickery against Villarreal and provided Gerrard’s side with the flair they needed to come back into the game. The teenager played a big part in setting up Kyle Lafferty in the 75th minute and looked like he was going to create an opportunity every time he got on the ball.

Before his entry, it hardly felt like Rangers would manage to take something out of the game, particularly with Villarreal’s home support coming to life after their team went 2-1 ahead. 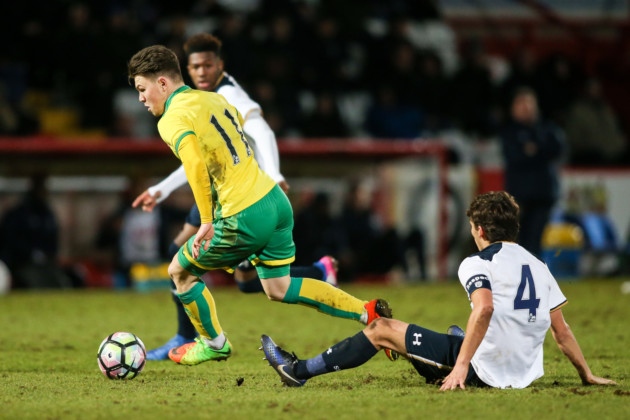 Rangers’ point at Villarreal was arguably the best so far during Gerrard’s reign and they will be hoping to go as far as possible in the Europa League and also compete in the Scottish Premiership.

Following his dazzling cameo at El Madrigal, Middleton is knocking Gerrard’s door for a start. The Liverpool legend has so far used Middleton from the bench and the young winger got on the scoresheet for the first time against Dundee to help Rangers ease to a comfortable victory.

Middleton is an all-day nightmare for a full-back due to his explosive pace and trickery. He is very direct on the ball and can cause problems with his movement. Capable of taking on anyone, his bravery and cleverness on the ball is what has impressed many so far in his nine appearances this term.

Gerrard needs to start unleashing Middleton in games where Rangers would be expected to dominate. Middleton is still raw and has a lot to learn in order to become a top forward. Also, he needs to improve defensively and learn the tricks of the trade from the English coach.

Read more: This Rangers summer signing could be the key figure for Gerrard as Europa League edges closer

Under Gerrard’s leadership, Middleton is blooding into one amazing talent. And with the youngster bursting with confidence and showing the right attitude, it won’t be too long before Middleton starts a game for the Glasgow giants.