Why Arsenal should sign Cristian Pavon from Boca Juniors

According to a report in Sun Football, Premier League giants Arsenal are interested in signing Boca Juniors winger Cristian Pavon. The Argentine will cost around £40m to the Gunners if they go ahead with the negotiations during the January transfer window. Fulham have also made an enquiry but are well short of the valuation.

As per the report, the north London club have already made contacts with the representatives of the player. Manager Unai Emery is a fan of the 22-year-old as he seeks to add a bit more quality to the attack.

Boca are adamant that their asking price won’t be lowered at any cost. As a result, they have fended off few offers from the Premier League clubs in the past. However, Arsenal could offer the amount of money asked by the Argentine side. (Sun)

Here’s why the Gunners should sign the right winger and bolster their attack two-fold:

If we look at the Arsenal squad, they lack quality players in the wide attacking areas. Alex Iwobi is the only first-team winger in the squad. The likes of Henrikh Mkhitaryan and/or Pierre-Emerick Aubameyang who play there when required, are not predominantly wide players.

Hence, it is imperative that they bring a natural winger who can hold the width in the final third and cause havoc to the opposition fullbacks.

Cristian Pavon is one such player. The Argentine is chiefly a right winger, but he is adept at playing on the other side or lead the line if needed. He possesses extraordinary pace in the wide areas, making him a perfect asset to play on the counter-attacks and make runs in the channel. The 22-year-old doesn’t shy away from shooting whenever the opportunity arises.

He can play in the half-space between the centre-back and the fullback to create space for his fullback. Consequently, the youngster finds space with the ball to fabricate a goal-scoring opportunity. 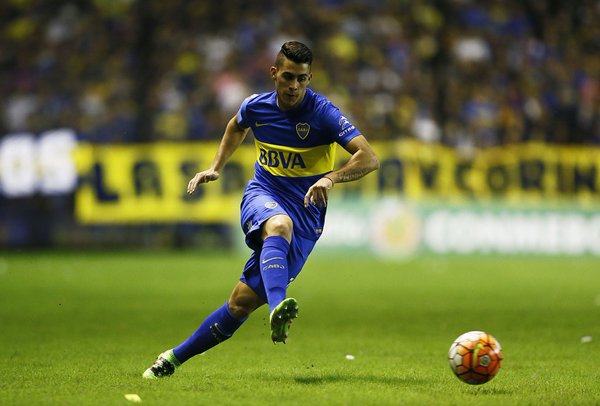 All in all, Pavon is a complete winger who could really make the difference in the Arsenal setup. His pace would allow him to play the high-intensity game under Unai Emery. Furthermore, the Argentine has the technical abilities to function in a ball-playing team like Arsenal.

The Gunners need more quality in the wide areas and the 22-year-old could be a perfect addition. £40m might turn out to be a bargain.