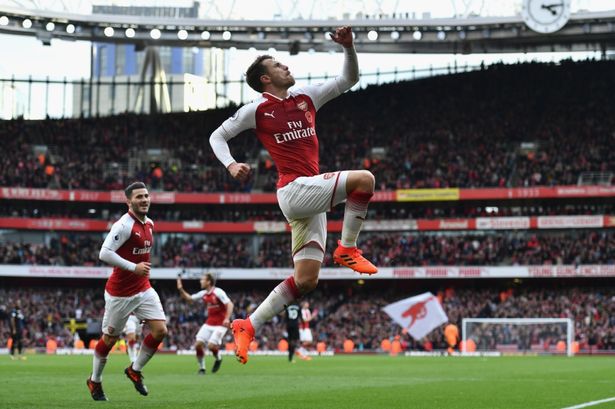 Arsenal recently subjected Everton to a 5-1 loss, making it the second time this season that they netted 5 goals against them. Last October, Arsene Wenger and his men humiliated the Toffees at Goodison Park as they beat them 5-2 and both victories meant so much more than just 3 points for Arsenal.

Back then, Wenger was hit with a wave of injuries to key players but the famed trio of Alexis Sanchez, Mesut Ozil and Alexandre Lacazette were together for that game and their power utterly destroyed the home side.

A lot has changed since then but Arsenal have still managed to put up a similar result, thanks to the combined brilliance of former Borussia Dortmund teammates Henrikh Mkhitaryan and Pierre-Emerick Aubameyang. While the Gabon international has hit the ground running, it was delightful to see the Armenian spring back to action after an underwhelming period with Manchester United. However, more than anybody else, it was Aaron Ramsey who put in a match-winning performance when Everton visited the Emirates stadium.

The game marked the first time that he scored 3 goals in a single match in his career. To have that kind of goalscoring power come in from the midfield was undoubtedly an encouraging sign for Arsenal, especially after letting a player like Sanchez leave. Although Aubameyang is primed to be their new goalscoring machine, Ramsey continues to be a crucial figure for the Gunners in the middle of the park. 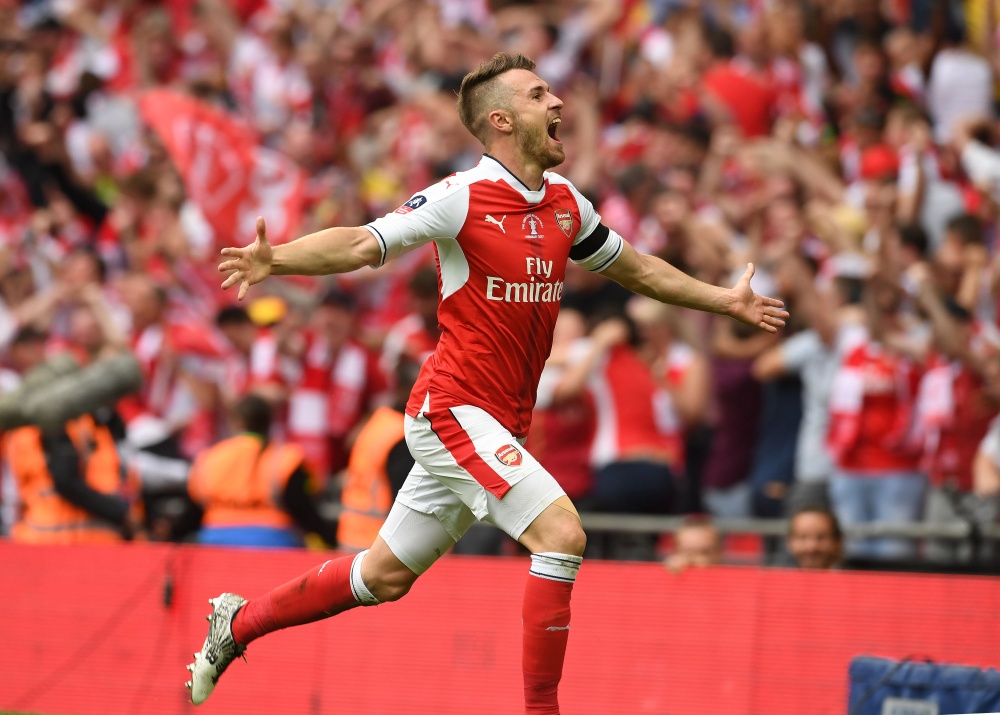 This is why Arsenal must not hesitate even for a moment to offer him a new contract. The 27-year-old has another year on his current £110,000-a-week deal but based on how he has been performing, the club must ensure that they ward off potential suitors by offering the player a new deal. After the January window, in particular, Arsenal look a lot stronger and Ramsey can work wonders if he continues playing for them.

To be honest, all is not well in the Arsenal midfield since they continue to be in dire need of a holding midfielder. That will be a priority to be addressed over the summer but for now, holding on to Ramsey is what they must focus on.

After securing Ozil on a long-term basis, it is imperative for the club to do the same with Ramsey as well. He will certainly not face a shortage of interested parties and since Jack Wilshere is already being linked with an exit, the Gunners must do all they can to keep Ramsey at the Emirates Stadium. Reports suggest that Arsenal have already opened talks with the Welshman regarding a new deal and it is a step in the right direction.